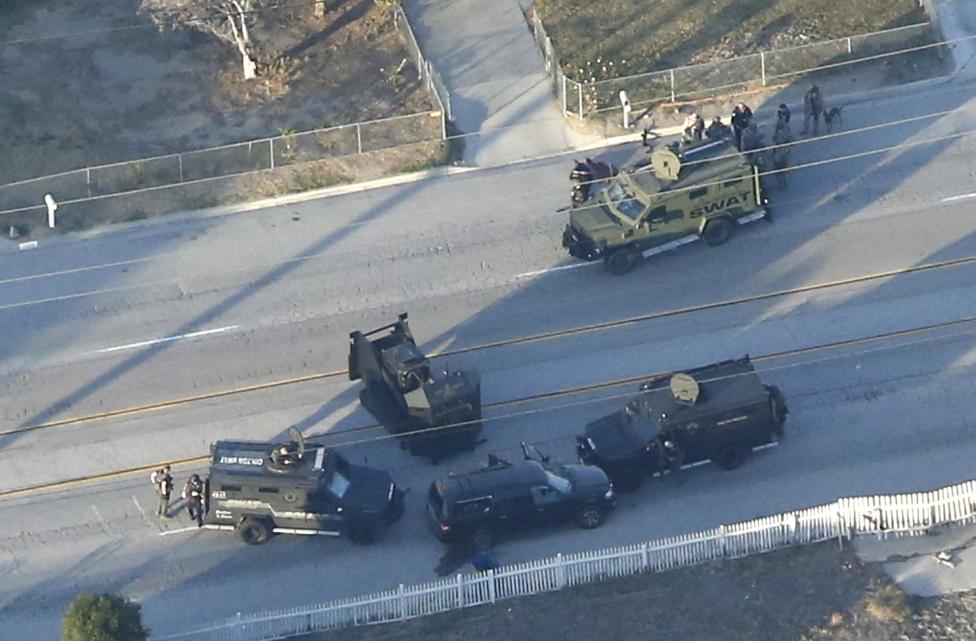 An SUV with its windows shot out that police suspect was the getaway vehicle in San Bernardino, December 2, 2015. REUTERS/Mario Anzuoni

The attackers who shot to death some 14 people at a holiday party in San Bernardino had enough ammunition and explosive devices to kill hundreds more people, investigators said today. The FBI is now leading the investigation to figure out whether the attack was terrorism, a workplace grudge, both, or something else.

Twenty-one people were wounded. The attack is the deadliest instance of U.S. gun violence in three years, but part of an increasingly frequent string of mass shootings in America.

The couple left behind three rigged-together pipe bombs with a remote-control detonating device that apparently malfunctioned, and they had more than 1,600 unused bullets on hand when police shot and killed them in a rented SUV after an hours-long manhunt, police said.

At a family home, authorities also found 12 pipe bombs, tools for making more, and over 3,000 additional rounds of ammunition, Police Chief Jarrod Burguan said in a grim morning-after inventory that suggested Wednesday's bloodbath could have been far worse.

“Attackers in California shooting had thousands of bullets” [AP]

Police officers and their vehicles line the street outside the house of one of the suspects. REUTERS/Mario Anzuoni

FBI and police are seen around a vehicle in which two suspects were shot following a mass shooting in San Bernardino. REUTERS/Mike Blake