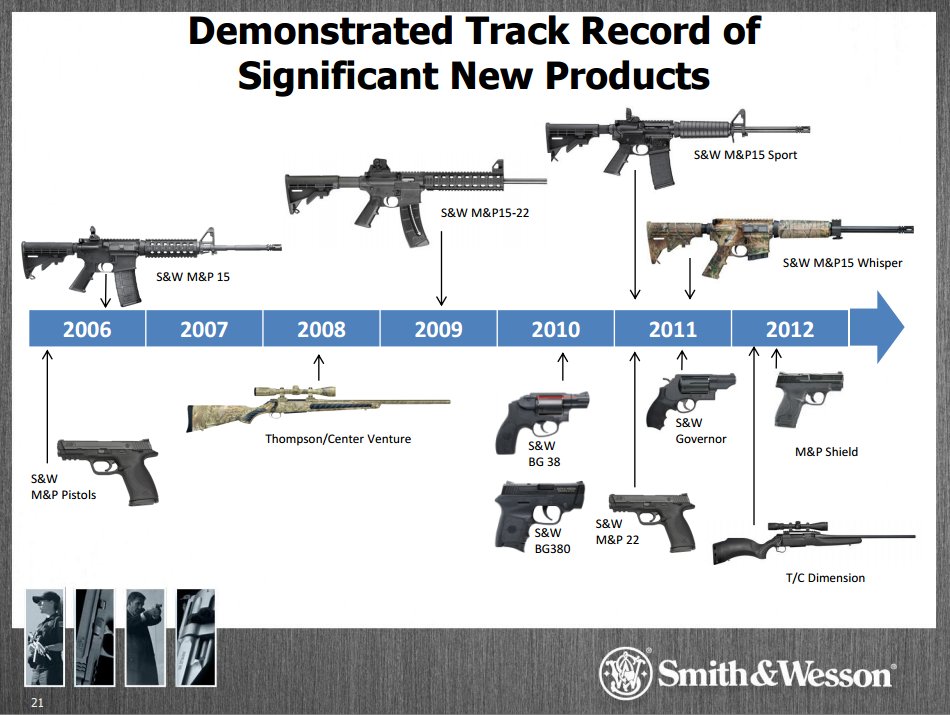 The Intercept reviewed the earnings calls for gun manufacturers, retailers and distributors from the past several years' worth of investor filings, and found a sad and predictable pattern: every mass shooting in America is followed by hand-rubbing glee from the gun profiteers, who cynically plan campaigns to capitalize on trauma and fear by selling lots more firearms.

Dick’s Sporting Goods CEO Ed Stack loved Sandy Hook: "The gun business was very much accelerated based on what happened after the election and then the tragedy that happened at Sandy Hook.”

Tommy Millner, CEO of Cabela's, made bank after the Newtown killings: "'the business went vertical … I meant it just went crazy,' Millner said, according to a transcript of the event. Describing the 'tailwinds of profitability,' Millner noted Cabela’s 'didn’t blink as others did to stop selling AR-15 platform guns,' and so his company 'got a lot of new customers.'"

Smith & Wesson CEO James Debney also found a lot of shareholder value in Newtown: "fear and uncertainty that there might be increased gun control drove many new people to buy firearms for the first time."

His CFO concurred: "You can see after a tragedy, there’s also a lot of buying."

In 2011, Jim Barrett, a financial analyst, asked Ruger’s Fifer during a call with investors if the “recent shooting incident in Tucson” — referring to the shooting that year of Rep. Gabby Giffords — “has stirred gun owners and prospective gun owners to go visit the stores?”

Bob Sales, another analyst, asked Fifer how his company was preparing for future gun sales, given that “a combination of the election in 2012 and the Sandy Hook incident … spurred a massive binge of gun buying.”

On a conference call with investors, Millner, the chief executive of Cabela’s, fielded a question about the Aurora mass shooting from an analyst with Imperial Capital, who asked him if the incident had “any impact on your business.” Millner responded, “I would say that the trends that you read about in the press, we are experiencing at least thus far since the incident.”