Lumino City – A game by Makers 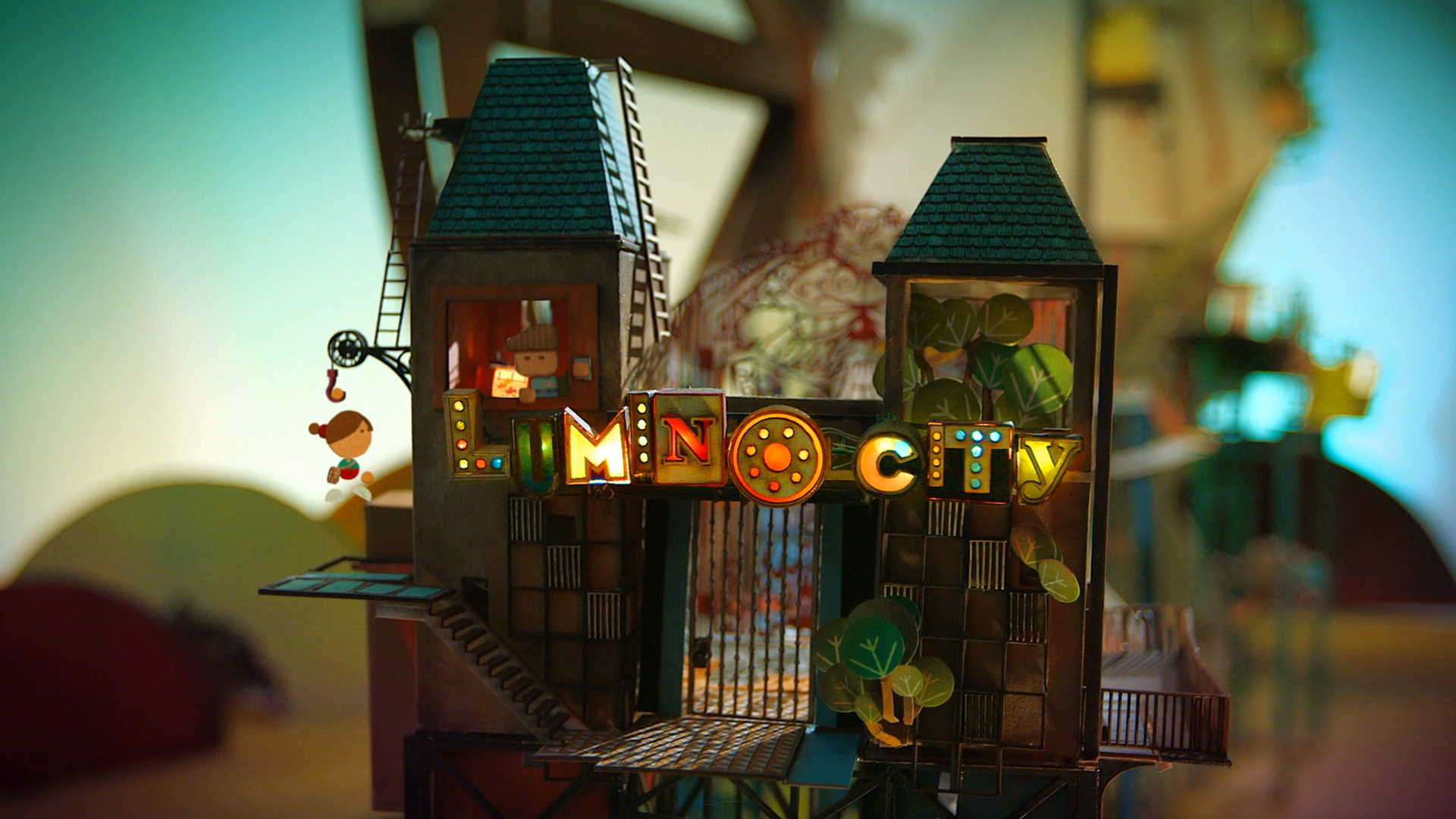 Lumino City is a charming, hand-crafted point-and-click adventure that’ll make you smile. It’s a cozy world of clever puzzles and light storyline where you hunt for your kidnapped Grandpa while repairing the world around you.

It’s now available on Steam and on your iOS device.

Did I mention this is a hand-crafted? Even if I did, it’s worth saying again because at first glance you probably wouldn’t know it. London based game company, State of Play, took 3 years to lovingly create a 10 foot tall physical set entirely out of paper, balsa, miniature lights and motors.

They then filmed transitions from one area to another to achieve an interesting and cinematic gaming experience.

Lumino City reminds me a bit of the claymation game Neverhood from the 90‘s where camera movements and focus shifts wasn’t programmatic but created from real cameras in physical environments.

The working set pieces are just part of an undertaking that was clearly a labor of love.

And it’s one of those projects I wish I was a part of.

Once State Of Play created and filmed their whimsical set, they plopped 2D animations on top of it – and what they now have is a unique and delightful wonderland to us to explore with Lumi, the main character.

The movement of Lumi works and looks beautiful because the designers elegantly keep the plane that she travels in crisp and the others hazy.

As you play, there are no time limits, there's no way to hurt yourself and for better or worse - there are no voiceovers. It’s just you controlling your flat avatar in a not-so-flat world.

With each newly discovered area, you’ll be given a puzzle to solve that'll help the city or NPC characters around you. There are no instructions so you’ll be incorporating trial and error to learn the rules and make things happen.

From the get-go you’ll be collecting, tinkering, and code cracking in ways that you haven’t in other games - where else are you going to power a Ferris-wheel with an aquarium of electric eels?

To keep you on track, the experience is linear and the puzzles act as roadblocks to other areas. If you ever get stuck, there’s always The Handy Manual at your disposal. It’s a 900 page book in your inventory that'll help you through any puzzle problem you’ll ever have.

I know that 900 pages seems impossible to navigate, but the designers came up with a clever way to make only certain pages matter to you.

Though there were hundreds of touch points in Lumio City that I loved, there were just a few things I can criticize:

4) The difficulty of each puzzle ramped up nicely until the middle of the game when a spike occurred - this inspired me to cheat from then on.

At that point, it became more about exploring beautiful environments for me.  But even with these nitpicky gripes I enjoyed the game from beginning to end and the fact that the story is so light only increased the charm factor.   Because I was forced to fill in story gaps myself, I looked at this from a maker point of view rather than that of a designer or storyteller.

In the end, State of Play has created something you just can't help but be inspired from - there is something truly amazing in Lumino City!