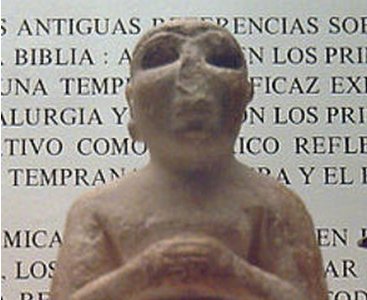 In Iceland, tax-authorities collect "parish fees" from all residents and remit them to churches based on the stated religious affinities of those residents. If you're an atheist, your fees are collected and go into a general fund shared by all churches.

A new church, the Zuists, claim to worship ancient Sumeran gods, and promise to rebate religious fees to anyone who registers; the faith's registered adherents in Iceland have already outstripped the number of registered Muslims, and the numbers are growing fast.

The Zuists are a protest movement aimed at ending the collection of parish fees and religious census data in Iceland. Iceland's tax authorities say that the Zuist church can do whatever it wants with the money, but that adherents who receive rebates on parish fees will be charged income tax on them.

On the Zuist website in Iceland it was advertised that anyone over the age of 16 registering with the religion ( and thus unregistering from the National Church of Iceland) would get a refund for these fees called parish fees. However, tax authorities have responded to mbl.is explaining that if Zuists go ahead to refund parish fees to their members they will have to pay income tax from these funds.

Zuists would like to abolish government funding to religious organisations in the form of parish fees and believe that the "state should stop gathering data on the personal religious beliefs of Icelanders."