Sandy Hook Truthers are the worst 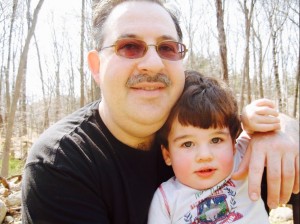 Lenny Pozner's young son died in the Sandy Hook mass killing. Conspiracy theorists believe the killing was staged. Pozner's efforts to educate them, to prove that his son died, only resulted in relentless trolling and harassment. Yet he keeps trying: “I’m going to have to protect Noah’s honor for the rest of my life,” he says.

To further his cause, Pozner has created an organization, called the HONR Network, whose goal is to “bring awareness to Hoaxer activity” and “prosecute those who wittingly and publicly defame, harass, and emotionally abuse the victims of high profile tragedies.” Since there is no criminal law that protects families like Pozner’s from the darker impulses of the Internet, he and his volunteers — folks he met virtually, when he began debunking — perform a slow and painful task. Whenever a video or a screed appears online attacking the victims of a horrible event, they alert venues like YouTube that their rules have been broken. The victories have been small. Though they’ve removed hundreds of links from the Internet, there are countless more like them.

“I know that the more garbage that is out there, the more it ages over time, the more the myth becomes accepted as a disgusting historical fact that tries to dismiss the existence of my child,” says Pozner. “I mean, damn it, his life had value. He existed. He was real. How dare they.”

Pozner occupies a place I know many are becoming familiar with: hoping that conspiracy theorists and other obsessives are arguing in good faith, but knowing, deep down, that it's not the case. The subject at hand (and whatever human cost comes with it) is just an excuse to lash out and to justify that behavior.

9/11 Truthers are still at it about Building 7

There will always be people who think the Moon landings were a hoax, that the Earth is flat, that vaccines cause autism, and that fire didn’t cause the World Trade Center’s buildings to collapse. This month, a group called Architects and Engineers for 9/11 Truth published a report from researchers at the University of Alaska […]

Do you have what it takes to be this guy's "Awesome Republican Goddess?" Take the quiz!

Reverend William is looking for love. I have no idea what he’s a Reverend of, or if he’s even ordained at all. In fact, as you progress through his “Republican Goddess” quiz, he doesn’t seem to be a Christian of any kind, but more of a New Age Spiritualist Right Wing Conspiracy Theorist. I’m not […]

The failed military coup in Turkey was bizarre, even (especially) by the standards of Turkish military coups (which is a surprisingly large data-set), and in the wake of the coup, 6,000 people were promptly rounded up and arrested including respected judges, powerful military leaders, prosecutors, and a whole list of others whose names seem to […]