The truth about Ada Lovelace 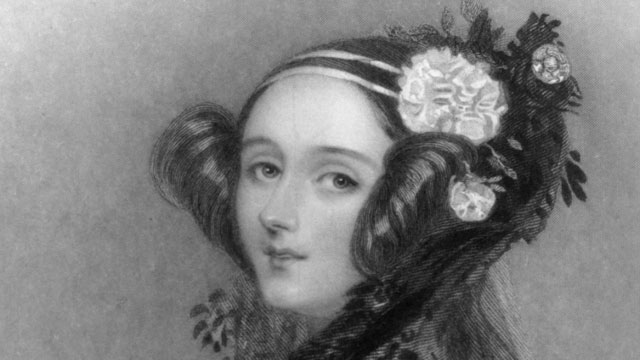 Stephen Wolfram set out to find the truth about Ada Lovelace, the 19th century mathematician hailed as the first computer programmer, and who died young. In "untangling the tale," he found a mystery much harder to unravel than he expected.

Historians disagree. The personalities in the story are hard to read. The technology is difficult to understand. The whole story is entwined with the customs of 19th-century British high society. And there’s a surprising amount of misinformation and misinterpretation out there.
But after quite a bit of research—including going to see many original documents—I feel like I’ve finally gotten to know Ada Lovelace, and gotten a grasp on her story. In some ways it’s an ennobling and inspiring story; in some ways it’s frustrating and tragic.

Little-known until recent decades, her star rose with that of Charles Babbage and the mechanical computers he designed but was unable to construct. Which is to say that our understanding of her is clouded by his successes and shortcomings.

Indeed, her death cheated us of the profound likelihood that Babbage's mechanical computers would have been constructed as a result of her efforts … and improved.

What if Ada’s health hadn’t failed—and she had successfully taken over the Analytical Engine project? What might have happened then?

I don’t doubt that the Analytical Engine would have been built. Maybe Babbage would have had to revise his plans a bit, but I’m sure he would have made it work. The thing would have been the size of a train locomotive, with maybe 50,000 moving parts. And no doubt it would have been able to compute mathematical tables to 30- or 50-digit precision at the rate of perhaps one result every 4 seconds.

Would they have figured that the machine could be electromechanical rather than purely mechanical? I suspect so.

Wolfram's is a striking portrait, well worth 20 minutes of your time.

We will never know what Ada could have become. Another Mary Somerville, famous Victorian expositor of science? A Steve-Jobs-like figure who would lead the vision of the Analytical Engine? Or an Alan Turing, understanding the abstract idea of universal computation?