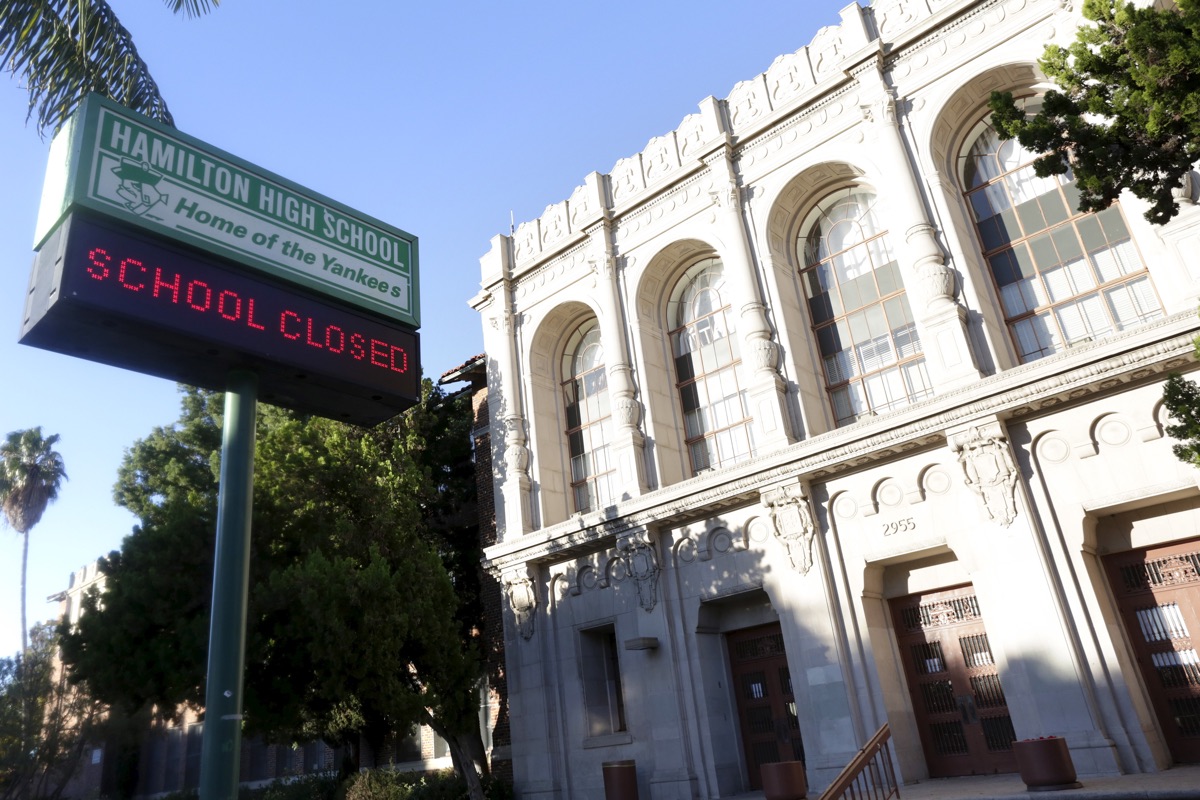 “Officials closed all Los Angeles Unified School District campuses Tuesday morning after receiving a 'credible threat' of violence involving backpacks and packages left at campuses,” the Los Angeles Times was among the first to report today. LAUSD is America's second-largest school district, with more than 700,000 students.

Friends of mine here in LA who have kids in LAUSD schools, and jobs to go to today, are scrambling to coordinate child care. One friend who would rather not be identified says she was first notified at 7:10 with a phone call from LAUSD's “robocall” system, which is used to alert parents when their kid is sick at school or absent from class, and also to broadcast emergency information. That same parent says she also received an official email from her child's school at 730am, and another from her child's class a few minutes later.

“Please do not send your students to school today. Once we know more information we will notify you via phone and email," said part of the 20 second automated phone message sent to parents.

Authorities say they are now conducting a search operation of *all* LAUSD schools, of which there are more than a thousand.

Officials asked parents to keep all of the system's 643,000 students at home to allow investigators time to search over a thousand schools, primary through high school grades. This is the first closure of the entire LAUSD system in at least a decade, officials said. The scale of this closure is unprecedented.

Students who were already at school when the decision to close all schools happened were sent home.

“We get threats all the time,” said Cortines. “This was a rare threat”

UPDATE: E-mail threat to L.A. schools was sent to a board member from an IP address in Frankfurt, Germany: school district spokesperson

The threat was issued from an IP address that traces to Frankfurt, Germany, according to various law enforcement sources quoted by Reuters and other news agencies. The "messaged" threat mentioned backpacks and other packages.

Earlier, another LAPD official described it to KTLA as a "terror threat." Messages sent by LAUSD to parents did not use that description.

To all LAUSD school due to bomb threats! Spread the word and be safe! pic.twitter.com/ND0NIDzS2q

The attack in San Bernardino was less than 2 weeks ago.