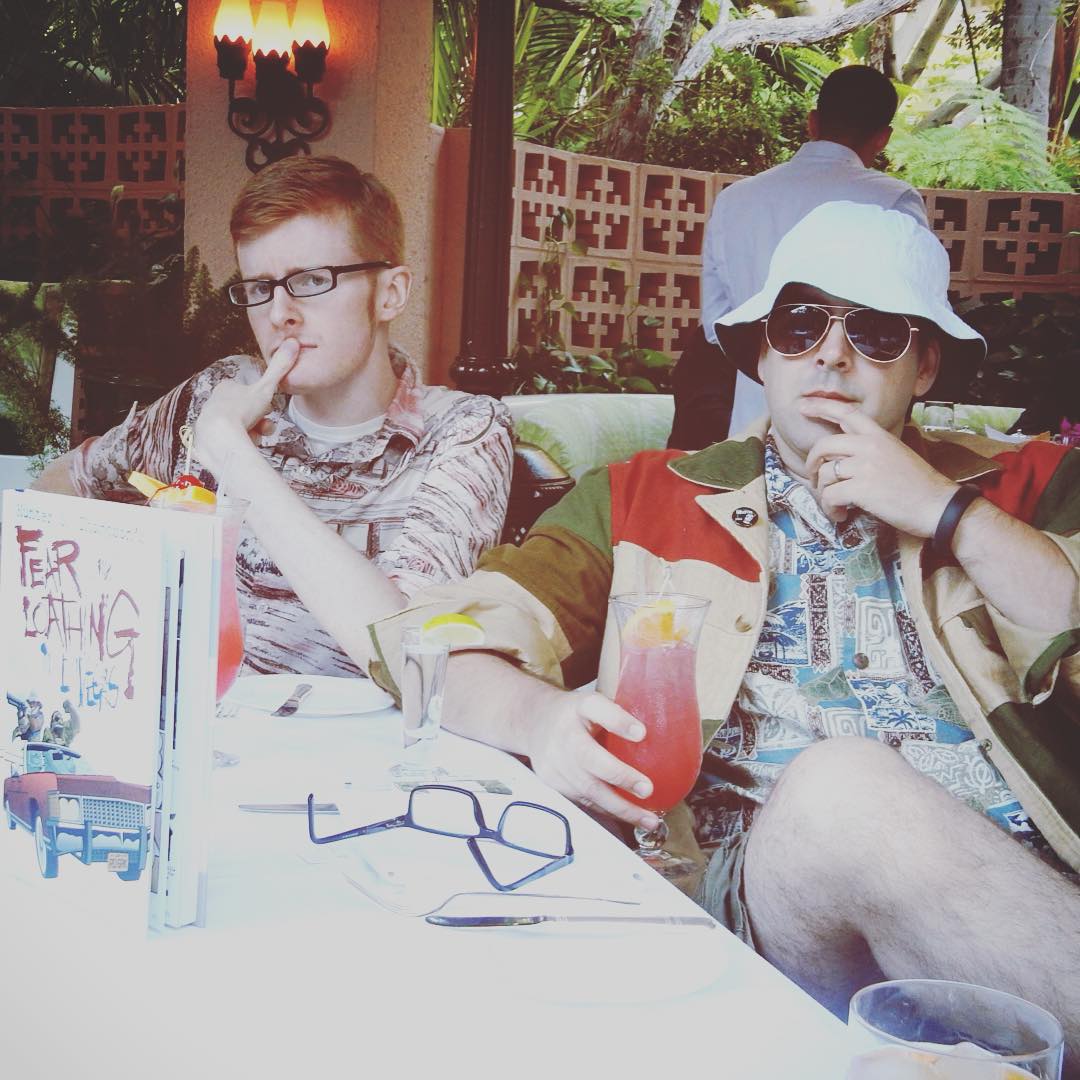 Troy Little, creator of the graphic novel adaptation of Hunter S. Thompson's Fear and Loathing in Las Vegas, has been keeping a diary of his book signing tour. This week: Hollywood, complete with unexpected celebrity cameos (Dan Harmon, Aubrey Plaza) and, of course, Singapore slings at the Polo Lounge, to begin our reenactment of the Fear & Loathing journey. (Previous installments: One | Two)

A spirited conversation between Hunter S. Thompson and John Wilcock. From John Wilcock, New York Years, by Ethan Persoff and Scott Marshall. Look for a holiday follow-up to this story in December, detailing “How the Freaks Almost Took the Town”. (See all Boing Boing installments)

Open Culture collected videos of the four times Hunter S. Thompson appeared on David Letterman, ranging from 1987 to 1997. I saw Thompson speak at live events a few times during this era, and he was usually mumbling and incoherent. He’s much sharper and funnier in the videos. In the clips here, you can see […]