Saudi millionaire acquitted of raping teen in London, says he tripped and accidentally penetrated her 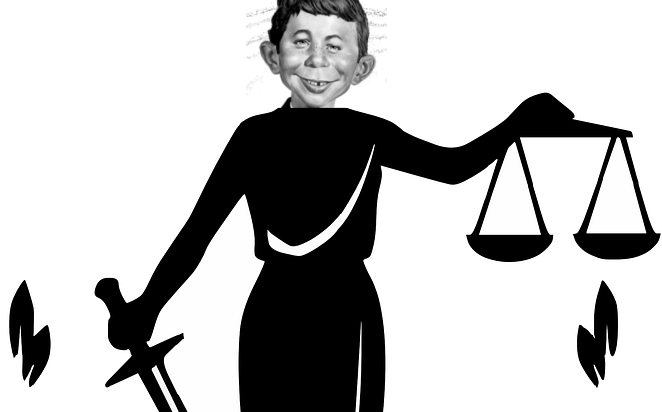 Ehsan Abdulaziz, a married, 46 year old, rich Saudi property developer, says he invited an 18 year old woman to sleep on his couch, and later tripped and fell on her as she lay asleep, accidentally penetrating her vagina with his penis.

The jury in the Southwark Crown Court believed him.

In possibly unrelated news, the Tory government has dismantled legal aid, depriving poor people of access to adequate counsel, while the increasingly wealthy, increasingly tiny elites of the UK (many of whom made their fortunes by buying and selling property, turning a human necessity into an asset class) can hire the best lawyers money can buy.

The Daily Telegraph reports that Mr Davies told the court: "On this occasion he said after he had sex with the complainant's friend his penis was still erect and he had semen on his hands when he went into the living room.

"He said in the second interview she pushed his hands down on to her vagina. He said that he did fall onto her and his penis may have penetrated her vagina."

…In his evidence, Abdulaziz demonstrated how the complainant had put her hand behind his head to pull her towards him, causing him to fall down.

During the trial, Judge Martin Griffiths permitted the rare step of allowing 20 minutes of Abdulaziz's evidence to be heard in private.