Someone snuck skimmers into Safeway stores 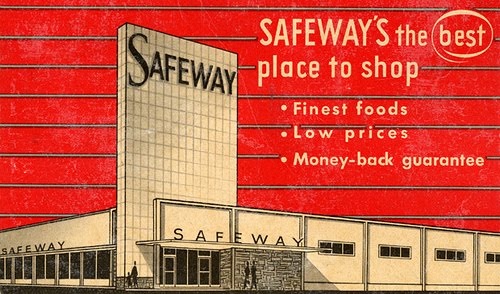 Some Safeway customers in California and Colorado who used debit/credit cards have had their card numbers and PINs slurped up by criminals who then took the cards out for spending sprees.

A Safeway spokesman says the crime -- which involves either disassembling point-of-sale PIN pads and inserting a wiretapper, or replacing them outright -- is limited to a few stores and suggests that other retailers in the area have been targeted by the same crooks with the same fraud.

Dowling said the problem of checkout skimmers is hardly limited to Safeway, and he hinted that perhaps other retailers have been hit by this same group.

“This is not unique to our company, and we understand some other retailers may have been more significantly impacted,” Dowling said, declining to elaborate.

Safeway would not name the affected locations, but bank industry sources say the fraud was traced back to Colorado locations in Arvada, Conifer, Denver, Englewood and Lakewood. In California, banks there strongly suspect Safeway locations in Castro Valley and Menlo Park may also have been hit. Those sources say ATM fraud has been linked to customers using their debit cards at those locations since early September 2015.