How did Reuters get that shot of Martin Shkreli's perp-walk? 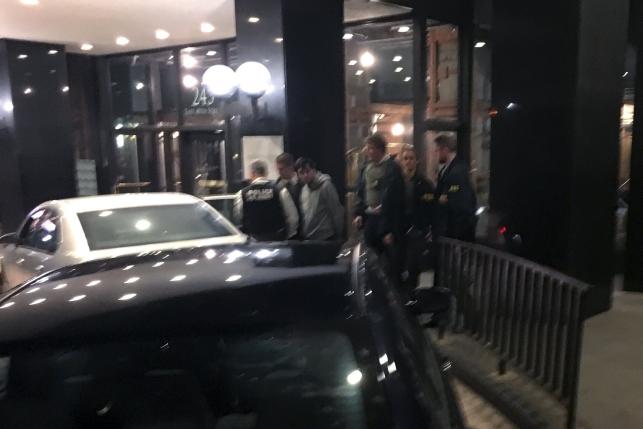 Early this morning, FBI agents arrested pharma-hedge-douche Martin Shkreli for securities fraud at his apartment in NYC; Reuters photographers were on-hand at the arrest to photograph his "perp-walk" in handcuffs.

Ken White wants to know how they got there? That is, were the Reuters reporters lucky enough to be on a morning Manhattan ramble and got the lucky shot? Had they staked out Shkreli because they'd done investigative work and concluded that he was dirty?

Or did a law enforcement officer breach his duty -- and the law -- by putting in a sly call to Reuters to tip them that the arrest would be underway?

The latter seems more likely than the former, which raises the question: why isn't that the story?

There are two subjects on which Reuters could have informed its audience, two sets of questions it could have answered:

Subject One: Who leaked the time and place of the arrest? Was it an FBI agent, a prosecutor, staff, a coordinating local cop? How high up in the government did the decision to leak the arrest go? Did the leak violate the law? Did it violate the defendant's rights? What was the government's purpose in leaking the time and place of the arrest? How does this instance fit into the pattern of which arrests get leaked and which don't? Which nonviolent defendants without records get arrested, and which get summonsed in (or self-surrender through arrangement with their lawyers), and why? What impact does a front-page picture of a defendant in handcuffs have on the jury pool? Is that impact a feature, or a bug, of leaking it? Was the leak intended to inflict extra-judicial humiliation and punishment on the defendant? If the government lies about whether or not it leaked, would you still keep it secret?

Subject Two: What would Martin Shkreli look like being led away in handcuffs?

It seems Reuters chose to address the second subject.