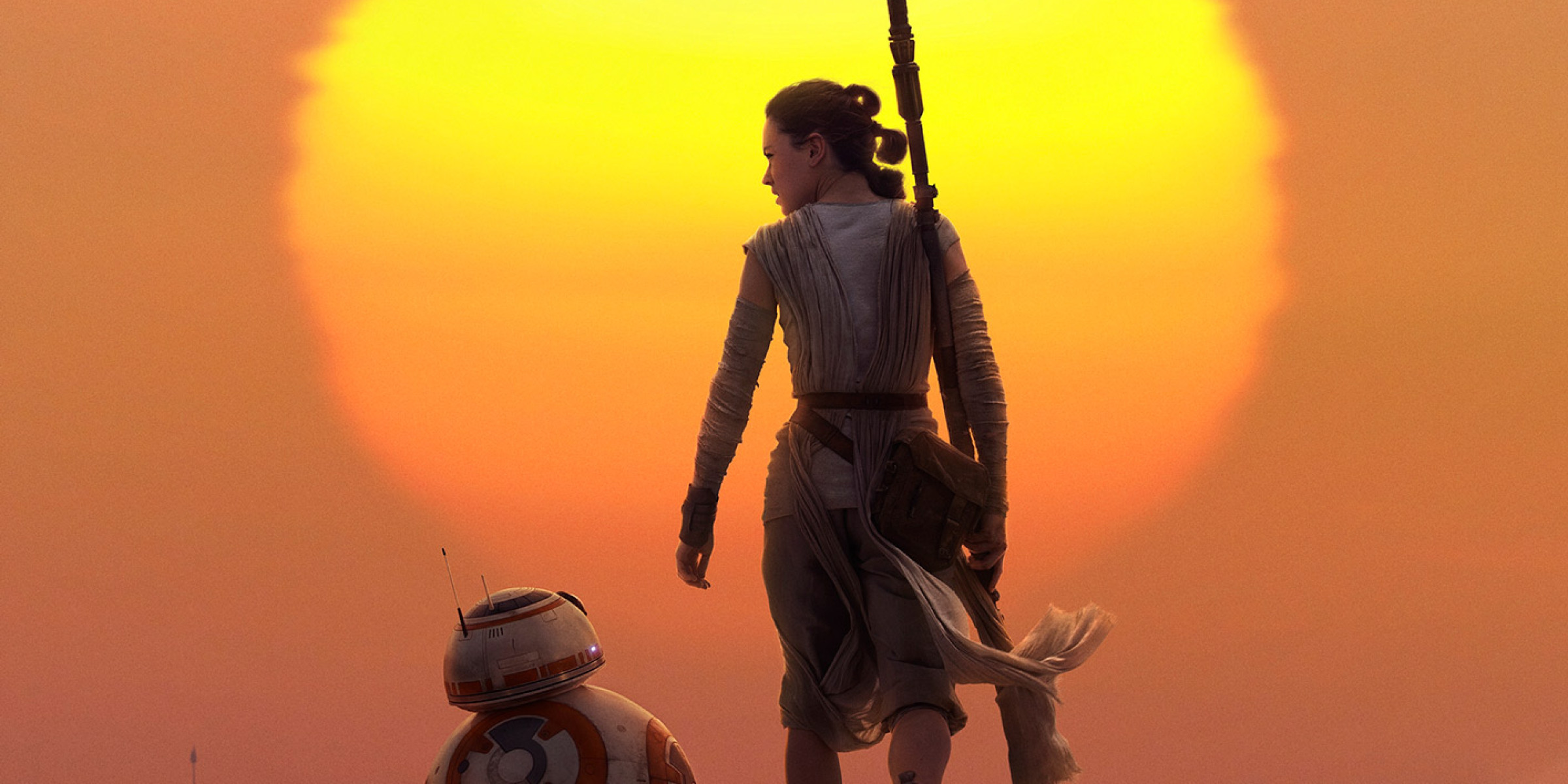 As a huge Star Wars fan (previously), I went in expecting to love The Force Awakens, and was not disappointed. But I think you are going to love it, too, because this film is pretty much the opposite of the reviled prequel trilogy.

No painful dialogue. No stiff acting. No virgin births or midi-chlorians. No racist stereotypes. No bloated plotlines or boring politics. No weightless CGI environments. And I say that as someone who's been known to defend the prequels—or, at least, elements of them.

In look and feel, The Force Awakens is more like the original trilogy. It gets right into the story, yet takes time to introduce its characters and the post-Return of the Jedi world. Action, humor and heart are present—as are Chewbacca, Han, Leia, C-3PO, R2-D2 and yes, Luke Skywalker. This offers immediate familiarity and appeal, but the new characters are immediately likable, and I felt invested in their stories right out of the gate.

Unlike other recent revivals (think Dallas or Beverly Hills 90210), older characters aren't just stuck in for show, then downplayed at the altar of youth. In J.J.'s Star Wars, our grayed and wrinkled heroes occupy important, story-centric roles.

(Warning: Many Bothans died to bring you the following spoilers.)

Han Solo and Chewbacca remain rogues, smuggling and mixing with the galaxy's seedier elements—something of a surprise given that when we last saw him, Han had fallen in love with Leia and become a responsible leader of the Rebellion. We learn that Han and Leia's relationship has fallen on hard times due to the loss of their son.

Lost is not dead. Their son, as many speculated, is Kylo Ren, the antagonist of The Force Awakens. Like his grandfather, Darth Vader, he is subordinate to General Hux (a younger Tarkin) and the mysterious overlord Snoke, who only appears as a hologram. Ren is strong with the Force, and we learn that his disastrous struggle between the light and the dark sides caused his uncle and mentor Luke Skywalker to abandon his fledgling Jedi training school and go into hiding.

Kylo Ren, played by Adam Driver, is an effective villain, both in design as well as his struggles with his demons and temptations. The alteration of his voice, through a mask, is deep and unsettling, yet distinctively different from Vader. I had some trouble banishing Driver's character from HBO's Girls from my mind when I saw his face without the creepy mask and voice. A final scene with his father, Han, is the movie's emotional crescendo (and that's all I'm gonna say about that).

Rey and Finn are completely wonderful. Finn is a Stormtrooper who deserts after being ordered by Kylo Ren to slaughter innocents on his first mission. He's clueless and motivated by his understandably selfish desire to escape, but gradually embraces the cause of the Resistance, in no small part due to his growing fondness of Rey.

Rey is a little more mysterious. She's something of an urchin, surviving by scavenging metal and machinery scraps on her home planet of Jakku. She clearly has some motive, rooted in past abandonment or loss. Honest and empathetic and driven by a sense of what's right, she is also strong with the Force. Rey is the heart of The Force Awakens, this new trilogy's Luke--unsurprising, since it's hinted at that she's his daughter. Not much else is revealed about her.

The new droid, BB-8, is tiny and cute and lovable. (He reminds me of my silly, fluffy dog Lucky.) In a nod to the original trilogy, the film starts with BB-8 being given a secret message by his master, a dashing X-Wing pilot and Resistance hero named Poe Dameron. It's a secret which, echoing the 1977 original, Kylo Ren desperately wants. We don't learn too much about Dameron beyond that, but he does lead the finale attack against the First Order's secret weapon, the Starkiller Base, which is itself both a nod to the Death Stars as well as George Lucas' character Annikin Starkiller, from his early scripts for Star Wars.

The Starkiller Base is too much a repeat of the Death Stars, though the similarity is addressed in the film, making the decision more easily-swallowed. Captain Phasma, the chrome-armored stormtrooper, will be an instant fan-favorite. Despite not getting much screen time, her compact tribute to the original movies won't be forgotten.

Ditto for Maz Kanata. Spunky and sassy, yet in touch with the Force, her diminutive yet powerful form echoes Yoda. She helps Rey recognize her connection with the Force, and her fate is left unknown after the First Order destroys her castle fortress. Somehow in possession of Luke (and Anakin) Skywalker's lightsaber, she bequeaths the weapon to Rey and sets the young woman on her seemingly inevitable path to become a Jedi.

Maz Kanata is the only fully CGI character in the film (aside from holographic Supreme Leader Snoke), which is again refreshing in this age of over-reliance on digital computer effects. Other non-human characters employ practical make-up effects and puppetry, some even having a classic Jim Henson feel to them. The only negative thing I can say about this is that despite appearances from original trilogy alien characters Admiral Ackbar and Nien Nunb (whose head prosthetic seemed overly-large) and a few new non-human background characters, I wanted more creature characters. This is Star Wars, after all. The wonderfully alien diversity of the Mos Eisley cantina, Jabba's Palace or even the Galactic Senate was somewhat lacking in The Force Awakens.

Lastly, though I never thought it possible, I love Chewbacca even more after seeing The Force Awakens. He's still Han's sidekick, and doesn't get too much of the spotlight, but he's given truly in-character, humorous and heartfelt moments. I left the theater with the same wish that I had as a kid: wanting a giant, furry bestie who will always be at my side, ready to rip arms out of sockets for me.

Bottom line: The Force Awakens corrects the shortcomings of the prequel trilogy and includes the best elements of the original trilogy. But its many nods to past moments didn't stop it feeling new and fresh, a Star Wars for 2015. You should go see it.