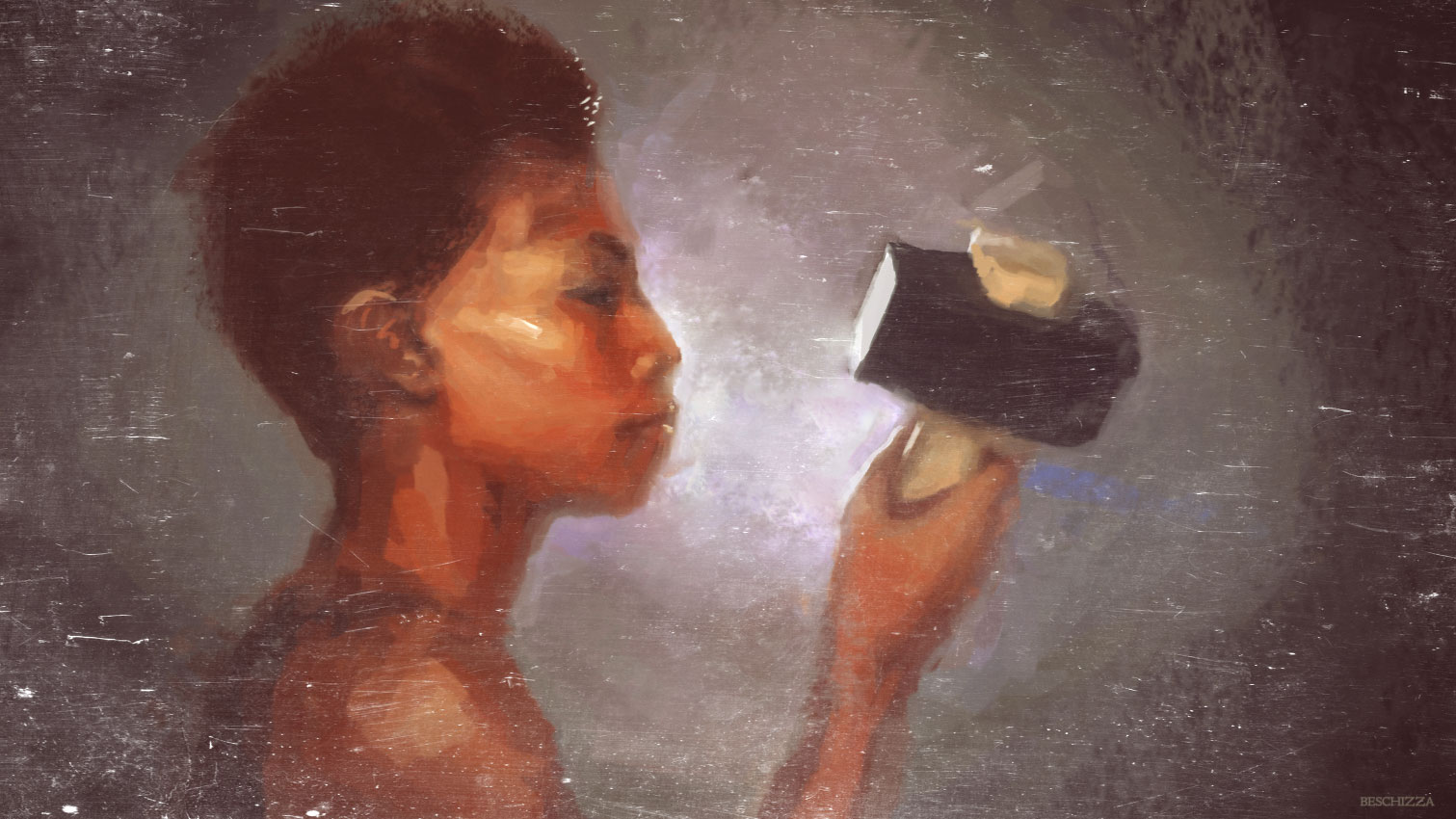 “They need to get some fucking empathy,” says Tanya dePass, a campaigner for better representation inside game worlds and among those who create them. She curates websites, hosts podcasts, maintains the #INeedDiverseGames tag on Twitter, works as a diversity consultant and speaks at conventions and panels.

Work is steady, but change is slow. For critics and activists, the pushback on inclusion is constant, from other gamers and the industry itself. DePass finds it baffling: “why don’t you all like money?” she asks.

One of many black women disrupting an insular culture, DePass critiques games and offers an alternatives to often-toxic online communities. Hashtag activism this is not. As DePass notes, “change needs to happen from the ground up.”

“I hope that the Women in Gaming and Diversity in Gaming series reach people who are interested in pursuing careers in the games industry, but may be hesitant because they don’t “see” themselves fitting into the existing corporate culture," Warren writes. "It’s no secret that our presence is lacking behind the scenes on the game development side, on streaming sites and at major industry events and publications. The larger the community, the more visibility we have and the bigger our impact will be in the future.”

Warren says that substantive progress towards inclusion requires changing corporate culture, but also its perception by prospective employees. It’s cyclical: the more resistant toward change the industry becomes, the less that women and people of color will want to invest their time and energies into a potentially unwelcoming space. This breeds further insularity. The cycle continues—unless it’s disrupted.

Samantha Blackmon is one of the creators of Not Your Mama’s Gamer, a feminist gaming community made up of podcasts, livestreams, critical essays and their latest project, Invisibility Blues, a video series exploring race in gaming.

Blackmon told me that issues have gotten better over time, but many mistakes are still being made.

“When I look at playable women of color in games now I have more hope, but I still cringe at the characters that fall back on old racist stereotypes and add things like “tribal” costumes and “urban” language patterns," Blackmon wrote, "or some clueless writer’s take on what those language patterns are."

Color has meaning. And without people of color involved in the designing process, games are routinely unaware of these meanings. For Black women, this problem arises in a very specific way. DePass used the phrase ‘fantasy-black’ to describe the “not too black” design trope in games. As DePass notes, women in gaming designed to read as “Black” frequently have blue or green eyes, straightened or silver hair, or lightened or red-tinted skin. Preferencing black women who read as biracial or display some otherwise exoticized trait has troubling overlaps with colorism, discrimination based on skin color. Colorism is a serious societal issue, evinced both by the disparity in punishment for black girls with darker or lighter skin and the huge industry of harmful skin-bleaching creams.

So while all women in games are subject to staid metrics of desirability, black women have their blackness negotiated in a way that assumes blackness itself is undesirable. (Conversely, black men in games are almost uniformly depicted as having very dark skin—their color is ostensibly measured according to metrics of threat and physicality.)

“I know the lack of options is often the result of a lack of diversity amongst the development teams and there is no one present to advocate for creating and pushing these choices," writes Warren. "Real change would need to start there and then consumers will ultimately reap the benefits of having more realistic images to choose from in their gaming experience.”

But instead of a robust and dynamic experience, players are instead faced with repetitive, one-dimensional and largely overlapping portrayals of Black women. Nowhere is this more apparent than in the overreliance on the “strong Black woman” trope. This derisive meme limits portrayal of black women in pop culture to, as author Tamara Winfrey-Harris writes, “indefatigable mamas who don’t need help [and] castrating harpies.”

Black women in games are the no-nonsense arbiters of sass, toughness and attitude, but their emotional complexities are elided in order to present them as “strong.” This portrayal, as contrasted with portrayals of white femininity in gaming, is expounded upon in Winfrey-Harris’ exploration of the strong black woman:

"Society remains uneasy with female strength of any stripe and still prefers and champions delicate damsels—an outdated sentiment that limits all women. But because the damsel’s face is still viewed as unequivocally white and female, it is a particular problem for black women. As long as vulnerability and softness are the basis for acceptable femininity (and acceptable femininity is a requirement for a woman’s life to have value), women who are perpetually framed because of their race as supernaturally indestructible will not be viewed with regard."

And although it’s great that characters like Rochelle, Vivienne, or Jacqui Briggs are never damseled, this privileged status belies an assumption that black women never need help or need saving. This double bind is best summarized by Sofia Quintero, creator of the Feminist Love Project, who said the meme of being a “strong black woman” is “a way to practice resiliency and protect myself [but also] allows little space for me to be vulnerable, seek support, and otherwise be fully human.” In video games, where we demand our heroes be independent, both physically and emotionally strong and easily able to compartmentalize their private vs. professional lives, it’s very easy for developers to re-create the superwoman parameters of black femininity rather than challenge them.

So what is gaming’s next step in diversifying its portrayal of black women? Latoya Peterson, Editor at Large of Fusion, recently launched The Girl Gamers Project, a web series interviewing women about gender, womanhood and games.

Peterson says games need to focus not just on strength but on full personhood for black women.

“I don't think it's accurate to paint all black women with [the same] brush of hero - we're complex, and the most fun characters to play are complex," Peterson wrote via email. "Being Mary Jane is a hit because Mary Jane Paul isn't perfect. Games haven't allowed me to explore a black woman in depth - the latest Assassin's Creed is on my list but I haven't played it yet. I think the best way to show the real lives of black women is to dive deeply into backstories. I loved playing as Karin from Shadow Hearts - something like that. Or 355 from Y: The Last Man, just playable. I want to see black women characters focus on their full personhood, the way that Drake, and Max Payne, and Niko get to be funny or quirky or dark.”

Heroes aren’t human. And as Black women continue impacting this industry through criticism and community building, they open more and more spaces and opportunities not just to fulfill a role that counts as “diverse,” but to illustrate the diversity of blackwoman hood. In fact, many have turned to space itself as an inspiration.