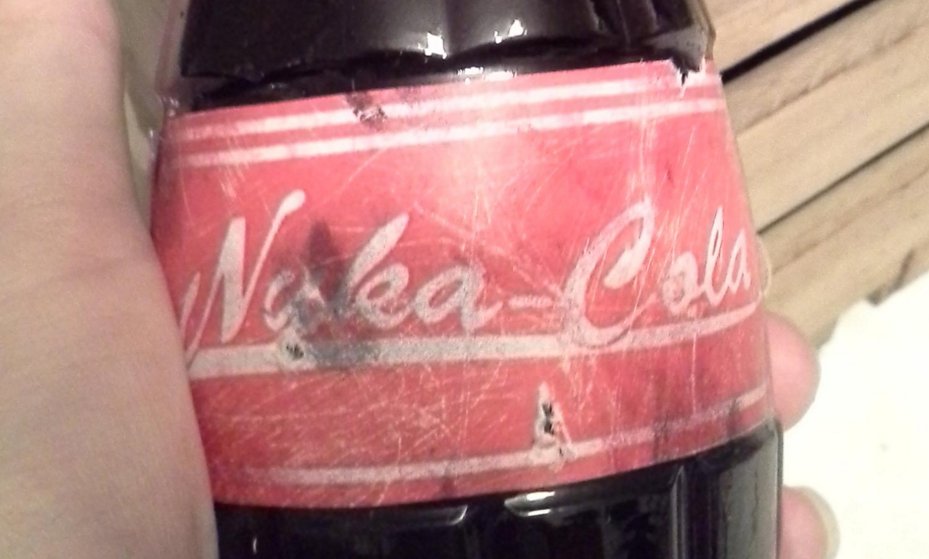 MymlanOhlin combined an LED with food color, an old Coke bottle, and color-printed (then artfully smudged) label art to make a gorgeous and convincing artifact. It's a great last-minute Christmas gift idea for the gamer in your life.