My family went to The Alchemist escape room and loved it 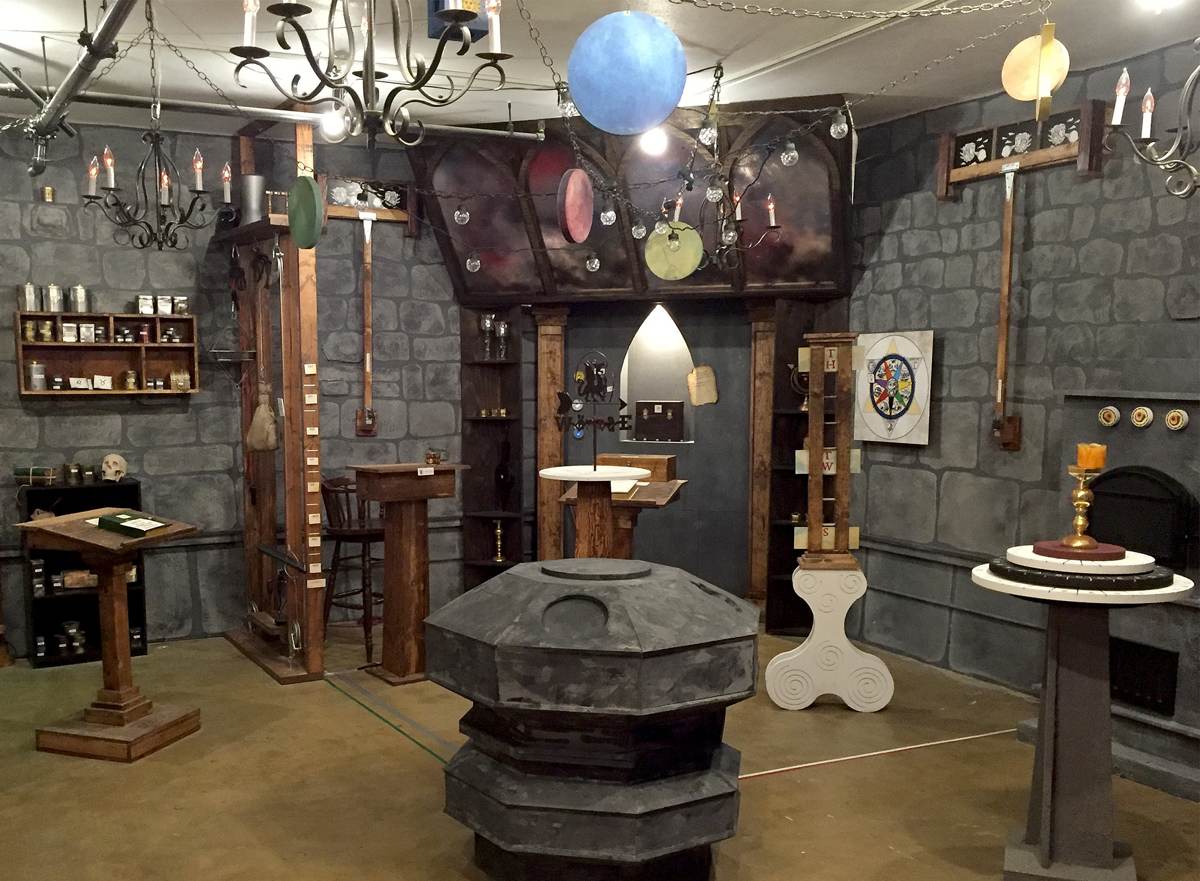 My family went to The Alchemist escape room and loved it

Escape rooms are popular. I'm not surprised. I've been to three of them with my wife and kids, and have enjoyed them all. The latest one we participated in was called The Alchemist, at Escape Room L.A..

On Sunday afternoon the four of us went to a nondescript building on 8th Street in downtown Los Angeles and pressed the button on the intercom next to the locked door. We got buzzed in and rode up to the third floor, where we met the six other players we were going to be locked in a room with. After a staff member explained the rules (no phones, no bathroom breaks, no brute force attacks on combination locks) we were led into a small room with a long table and a wall of old books. The door was locked behind us. We had one hour to figure out how to unlock the door and get out.

This is the smallest escape room yet, I thought. Were we going to spend an hour cramped together in here? I put the thought out of my head as I joined the others in going over the clues that would lead to the solving of the various puzzles. It didn't take long for us to crack the first puzzle. As soon as we did, one of the walls slid away to reveal a much larger room: the mysterious laboratory of of the Alchemist, an unseen evil being who was in the final stages of concocting a Philosopher's Stone to take over the world. It was our job to foil the Alchemist by solving a series of puzzles that would unite the elements of Earth, Air, Fire, and Water and let us escape from the room before our time ran out.

The Alchemist's lab was so cool looking that I wanted to just stand there and admire it for a while. There were shelves of potions, strange looking devices, and intriguing contraptions on the walls and ceilings. But the clock was ticking (or rather, the sand in the hourglass on a table was running out) so I went to work on the puzzles.

Part of the challenge of an escape room is just trying to figure out what the puzzles are. Written clues are rare. Not everything in the room is part of a puzzle. Some items are just there for decoration, but it's not always obvious. It really helps to think out loud so everyone can work together. Linus's Law – "Given enough eyeballs, all bugs are shallow" – applies in escape rooms!

This was the first time I did an escape room with my 18-year-old daughter. She doesn't like playing games, but she surprised me by how much fun she was having and how much she was interacting with everyone else. She figured out quite a few puzzles that had everyone else stumped. A month earlier, she had been riding in a car that got hit head-on by a drunk driver going 110 mph. She broke her wrist, mangled her ankle, got deep cuts on her face and head, and got whiplash in her entire body. She hasn't felt right physically since the wreck. She has also been dealing with the psychological trauma of the event (her friend who was in the car with her suffered massive brain damage and has been in a coma for 37 days and it is very hard on her) so it was great to see her having fun. She told me that the best part of the escape room was the aha! experience of figuring out how to solve a puzzle and how it would lead to another puzzle, like a chain of surprises. For one hour, she wasn't thinking of anything else other than the strange new world we had entered. I felt the same way.

It sure didn't feel like we were in the room for an hour. It felt like 15 minutes. It didn't even matter that we weren't able to escape in time (although we got really close by combining three of the four elements and solving all but one problem remaining to unlock the Fire element and the door out). A staff member went over the game, recapping what we did right, and showed us how to solve the parts we missed.

We are going to make escape rooms a regular thing.

For more information about The Alchemist visit Escape Room L.A.

The increasing popularity of room escape games brings with it some interesting design considerations. How do you lock all your friends in a room and force them to solve cryptoquotes and make sure everyone still has a good time?

You’re left alone at a battered, mysterious console, a flickering urban display on the greenscale monitor before you. There is just one big, red button within your reach. After briefly wrestling with yourself, you press it. Pressing it causes a switch to emerge from the console. Flip the switch and a tiny light comes on. […]