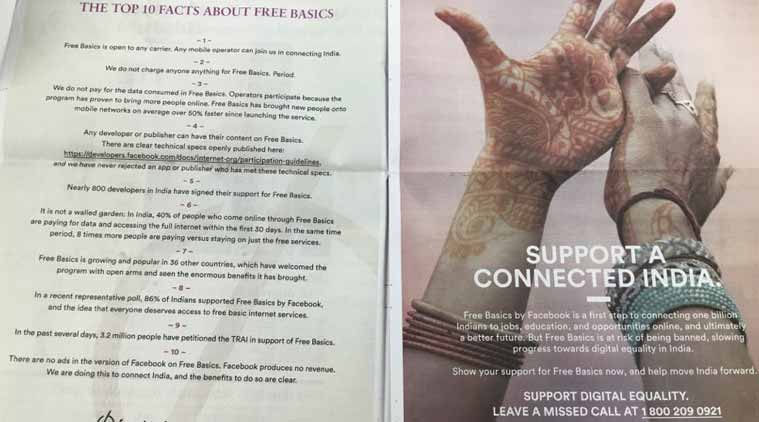 When India's independent telcoms regulator opened up a consultation on whether to allow Facebook to continue bribing some ISPs to charge extra for access to URLs that Facebook hadn't approved, they were flooded with 5.5 million confused comments in support of the $300 billion US company.

Facebook generated these comments by bombarding its users with increasingly vague and misleading campaign messages -- the already FUDded-out "Support a connected India" became the bizarre "Save Ganesh". Simply scrolling past one of these messages on the Facebook app was enough to trigger a message to all your Facebook friends saying that you supported Facebook's position, and asking them to join you.

Perhaps because Facebook is aware of the true support for Net Neutrality among Indians, including citizens, entrepreneurs, startups, trade bodies and even political parties. Save The Internet, the volunteer-driven group that had rallied over one million Indians to write to TRAI in support of Net Neutrality in April, is currently running a follow up campaign on the latest consultation paper. By drowning TRAI’s email inbox with millions of individual emails that do not have anything to say on “Differential Pricing”, Facebook is running the regulatory version of a DDoS.

Facebook knows that TRAI will not have the technical knowhow or manpower to sift through millions of responses in order to find the ones that actually have answers to its questions. The Free Basics is designed to dump truckloads of hay on TRAI so that real responses turn into proverbial needles.