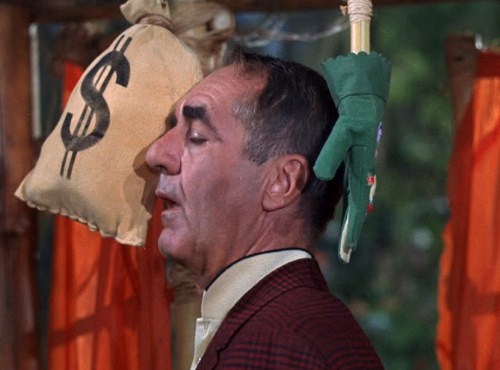 Cass Sunstein reviews The Hidden Wealth of Nations, a new book by UC Berkeley's Gabriel Zucman; and a new documentary, The Price We Pay, both of which map out the scale of international tax-havens, which are used by criminals and corrupt one percenters to hide money from their governments; and by corrupt governments to hide money from their citizens -- the havens are a critical part of the secret, parallel US tax system that lets the rich pay less of their income in tax than the poor.

The secrecy of most tax havens makes it impossible to precisely measure the amount of wealth they hide away from the countries that house and feed the super-rich, supply them with their labor forces and the airports from which they jet, and fund the basic research that they turn into their fortunes. But using clever indirect measurements, Zucman has put the figure at $7.6 trillion, or 8 percent of all the money in the world.

Like Piketty, Zucman proposes a system of global wealth taxation that relies on cooperation between countries that presently compete to lure deposits away from one another. Like Piketty, Zucman describes a way in which this could be accomplished incrementally, and how even imperfect implementations would make a difference.

Like Piketty, the prescription is rather unconvincing, and like Piketty, Zucman stops short of saying that this kind of corruption is inseparable from capitalism itself.

The fractions of wealth held abroad are highly variable. In Europe, it is about 10 percent. In African and Latin countries, it is much higher—between 20 percent and 30 percent. In Russia, it is a whopping 52 percent. It follows that while tax havens hit wealthy nations hardest in absolute terms, they can have especially destructive effects on poorer or developing countries, because such a high percentage of their money is offshore. Zucman does not explain why this is so, but it is possible to speculate that one reason is rampant corruption within both the public and private sectors. The extraordinarily high figure for Russia might be best understood as involving money corruptly acquired or invested, which suggests an important point: all uses of tax havens are not the same. Sometimes government officials are the ones who are evading taxes, and they do not want to stop that evasion.

In the aftermath of the financial crisis, you might expect that there would be an international crackdown on the use of tax havens, and as we shall see, international attention is indeed growing. But the numbers demonstrate that no crackdown has occurred. In Luxembourg, offshore wealth actually increased from 2008 to 2012 (by 20 percent). In Switzerland, the increase has been comparable; foreign holdings are now close to an all-time high. Disturbingly, the new wealth is coming mostly from developing countries, which poses a serious problem in light of the severe strains on their limited budgets.

The Hidden Wealth of Nations: The Scourge of Tax Havens [Gabriel Zucman/University of Chicago Press]