After years of skiing half-blind, I've finally found the answer 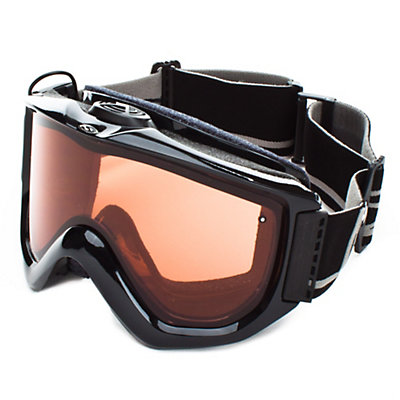 I'm not a hardcore skiier, but growing up in Canada I did learn, and my family and I go skiing about once a year.

As someone who wears glasses -- and not contacts -- there always comes a point at which I have to choose between being able to see and being warm. Whether it's having my nose/cheeks covered with my scarf (which blows my breath up over my goggles) or having my hat low over my forehead (which blocks the vents), I end up being miserable and half-blind. It's not just uncomfortable, either -- it's dangerous. Skiing without being able to see isn't a thrill, it's a terror.

I've tried every conceivable anti-fog solution, from waxes to sprays to special coatings to cloths, and none of them can deal with the brutal reality of subzero temperatures and my warm, foggy breath.

I've also tried plenty of different brands of "over the glasses" (OTG) goggles that promise that their cleverly placed ventilation holes will keep my prostheses unfogged. Lies, all lies.

Finally, this year, I broke down and spent $150 (slopeside ski-shop prices!) on a pair of goggles with the dumbest-imaginable gimmick: a little fan built into them.

It actually worked. Really, really worked. The fan, which you turn on before you leave for the day and turn off when you get back, and which has a "turbo" mode for bad fog -- runs on a pair of AAA batteries that lasted for eight full days of skiing without flagging.

The fan is whisper silent in normal mode, but audible on the lift when in turbo mode (I couldn't hear it once I started skiing -- it's quieter than the sound of skis on snow).

The goggles, "$130 Smith Knowledge OTGs," cost more than I've ever spent on ski goggles, but much, much less than I've spent in aggregate on goggles I've gotten rid of in favor of new ones that were supposed to keep my vision clear.