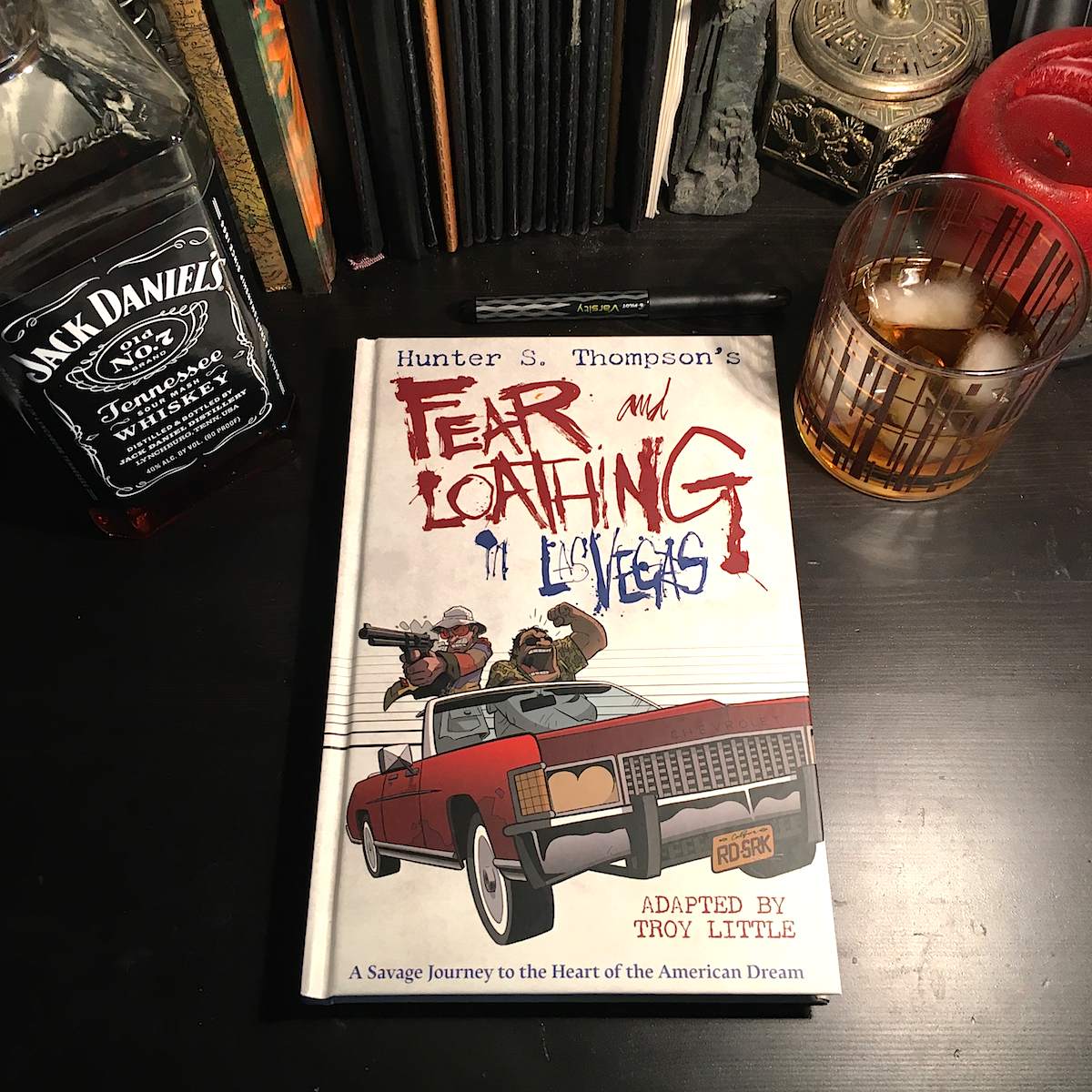 Anyone who's read Hunter S. Thompson's iconic Fear and Loathing in Las Vegas knows that the technicolored, bug-eyed, meth-fueled craziness of that narrative is hard to capture in another medium. The Tim Burton movie did an admirable job of conveying the “savage journey” of the book, if sometimes overdosing on the goofballs in the process.

When it comes down to it, the madness of Fear and Loathing is probably best expressed in comic book form (as Ralph Steadman showed in the original illustrations, Gary Trudeau hinted at with Uncle Duke, and Warren Ellis and Darick Robertson's Transmetropolitan paid impressive homage). If Hunter S. Thompson didn't exist, it would be necessary for comics to invent him. And I can't think of anyone better suited to fully render Thompson's warped vision of the American dream (aka 70s Vegas) than Eisner Award-nominated Troy Little. His 176-page comic adaptation manages to effectively distill the roman à clef gonzo masterpiece into a form that feels completely natural, managing to retain and celebrate inspired moments of Thompson's brilliant prose-poetry.

Little's art has the right kind of energy and violence to effectively convey Thompson's unusual subject matter. He knows how to render the drug-amped fear, anger, outrage, and surprise on Raoul Duke's face, his beady eyes forever burning behind gigantic amber-tinted aviator glasses. The book itself is beautifully produced, with a spot varnish hard cover and brilliant, vividly printed interiors that reproduce the colors of crazy in a way that would do Ralph Steadman proud.

It's hard to imagine the impact that the original book has had on popular culture and on the bleeding edge journalism that followed it. It's exciting to see this material presented in a new way that honors the old and presents it to a new generation of swine.