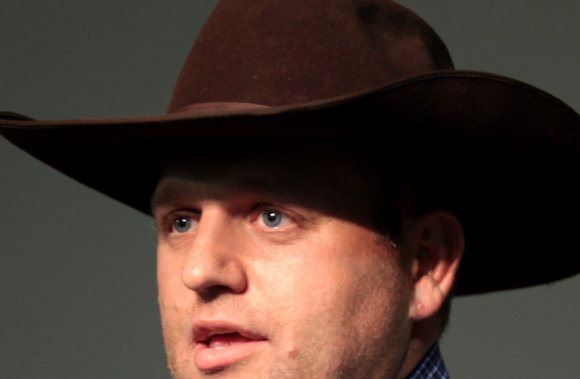 Ammon Bundy is the leader of the domestic terror group that has occupied the Malheur National Widlife Refuge Building near Burns, Oregon because they believe the US federal government is an illegitimate, oppressive entity that must be stopped.

Mr Bundy was previously tased for kicking a dog during an armed standoff between white supremicists supporting his father's right to graze his cattle on federal land in Arizona and US federal law enforcement.

Simply put, the federal government has adversely stolen the lands and resources from the people, destroyed thousands of jobs, and the economy of an entire county. Now anyone who has enough guts to stand against them, they annihilate through their own court systems…

The ranching and logging industries were only a start, since then these modern day conqueror's (federal agencies) have moved onto the housing, banking, auto, manufacturing, financial and the list goes on and on and on. I do not need to say much more, it is time to change the tide before the people become too weak to stand. We are presently at a dividing point in history and must choose how the future of our children and our children's children will lay out.