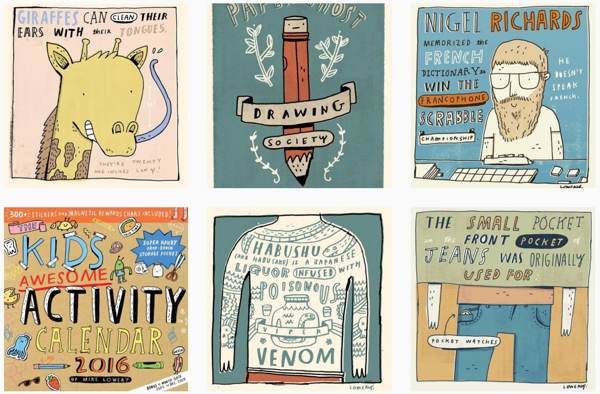 Children's book illustrator Mike Lowery has an Instagram feed worth following. Each image is an illustrated, Ripley's Believe It or Not style cartoon with an interesting fact. Check out a few samples below.

It's called Akutaq and some times has ground up fish and whale oil. #randomillustratedfacts #sketchbook

In the new Looney Tunes Cartoons series on HBO Max, Elmer Fudd no longer carries his signature rifle. "We're not doing guns," [series executive producer and showrunner Peter] Browngardt said in the New York Times. "But we can do cartoony violence — TNT, the Acme stuff. All that was kind of grandfathered in." From CBS […]