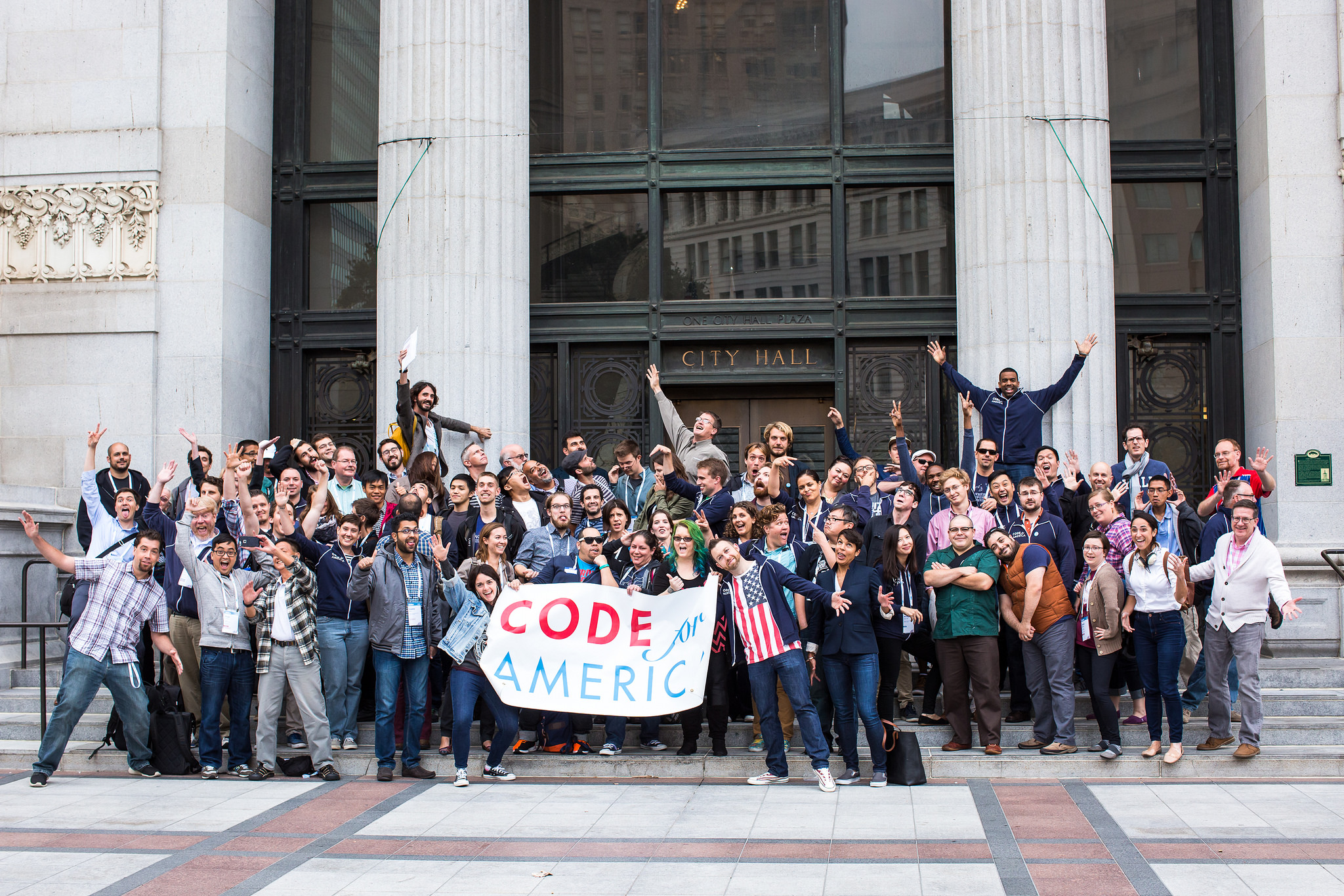 Gmoke writes, "Code for America organizes a network of people dedicated to making government services simple, effective, and easy to use by building open source computer and communications technologies. They have 133 chapters and more than 40,000 members."

* CyclePhilly a smartphone app for cyclists was redeployed in Knoxville, TN and Dusseldorf, Germany.

* MBTA.ninja which gives real-time reports from fellow T riders was redeployed in Poland and the port of Virginia.

* Code for Miami and Triangle NC both stood up instances of Citygram.

This Year in Civic Tech: 2015 in Review
[Hannah Young/Code For America]