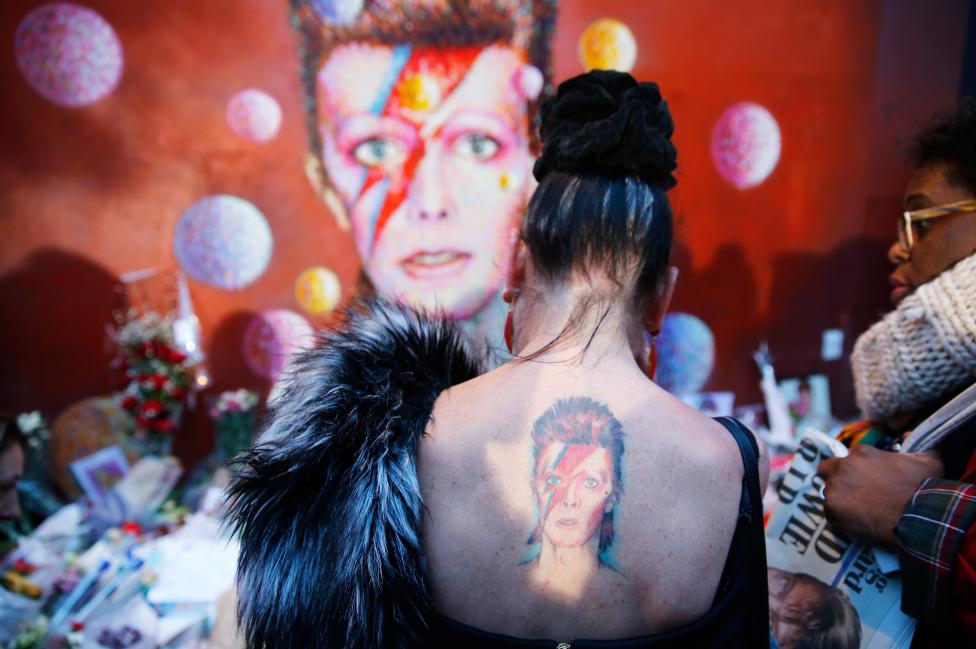 A woman with a Ziggy Stardust tattoo visits a mural of David Bowie in Brixton, south London, January 11, 2016. REUTERS

Images from around the world today, as fans mourn the death of David Bowie. He died Sunday, January 10, 2016. He was 69, and had been receiving treatment for cancer for 18 months, according to reports.

A woman wearing Ziggy Stardust-style make-up reacts as she visits a mural of David Bowie in Brixton, south London

Two women react at a mural of David Bowie in Brixton, south London

A woman wearing Ziggy Stardust-style make-up reacts as she visits a mural of David Bowie in Brixton,

A model pays tribute to David Bowie as she presents a creation from the Burberry catwalk show at the "London Collections: Men" Autumn/Winter 16 in London, Britain January 11, 2016.