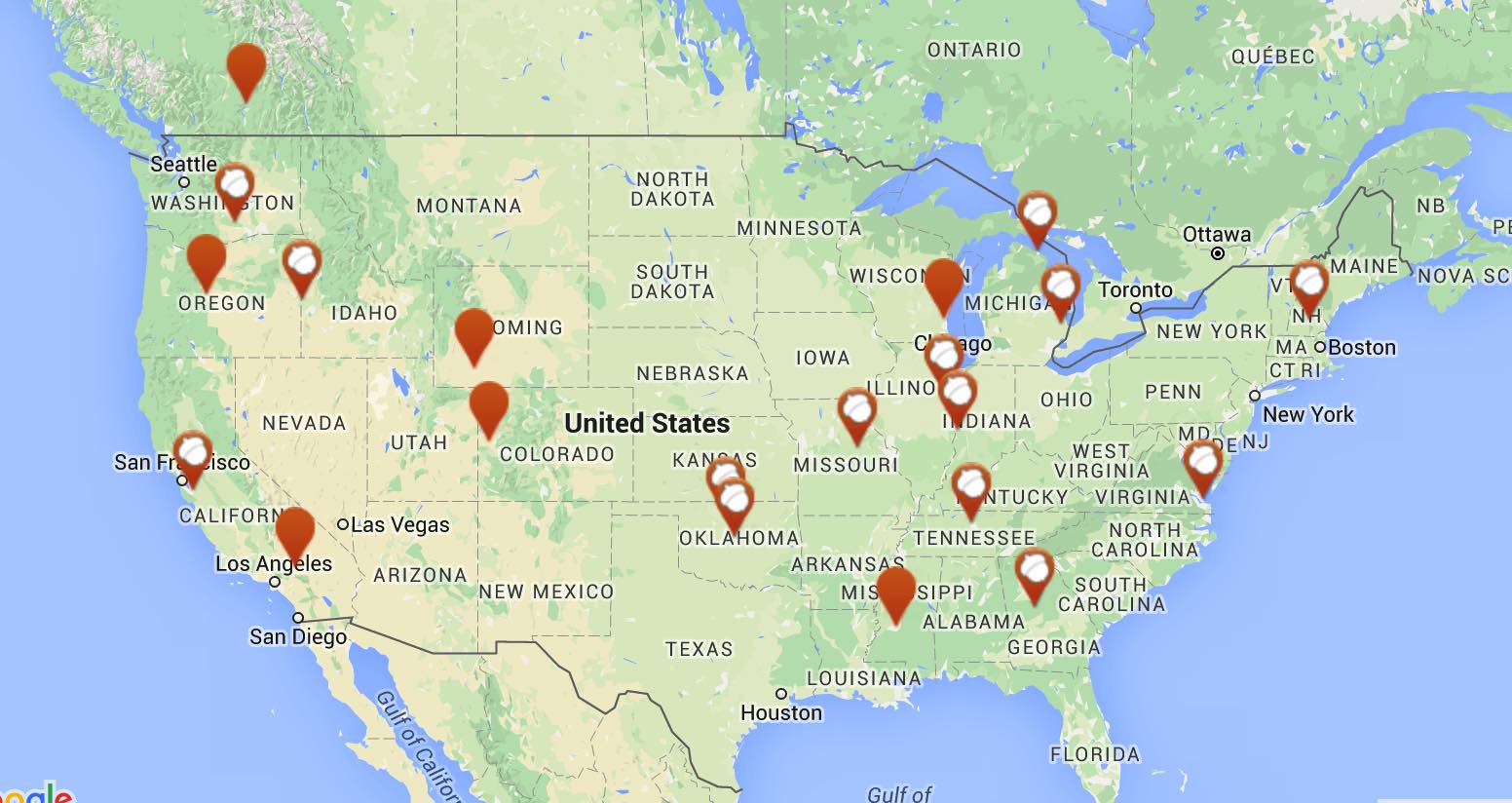 Cyber Squirrel 1 is a Google-powered map that tracks power outages caused by small animals. Occasionally buzzards cause some chaos, but it is mostly the fault of squirrels. Pictured above is the map for December, 2015.