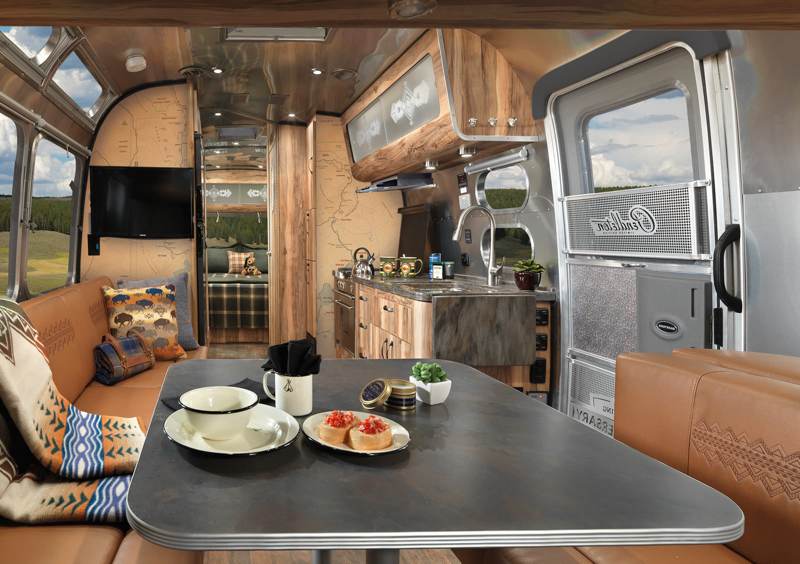 Airstream is making only 100 of these Pendelton Limited Edition trailers. They have a U.S. National Park Foundation motif, and Airstream will donate $1,000 to the National Park Foundation for each Pendleton trailer sold. The base price is $114,600. It comes with a stainless steel oven, a 3-burner cooktop, a refrigerator, 2 30-lb. propane tanks, deep-cycle-batteries, 2 Samsung HDTVs, a Blu-Ray player, and a high definition marine-grade Polk audio system. If you want the accessory kit that includes woolen blankets, a dining set, throw pillows, hand towels, you can order it separately.