The only candidate not playing into ISIS hysteria is Bernie Sanders, and he's surging in the polls 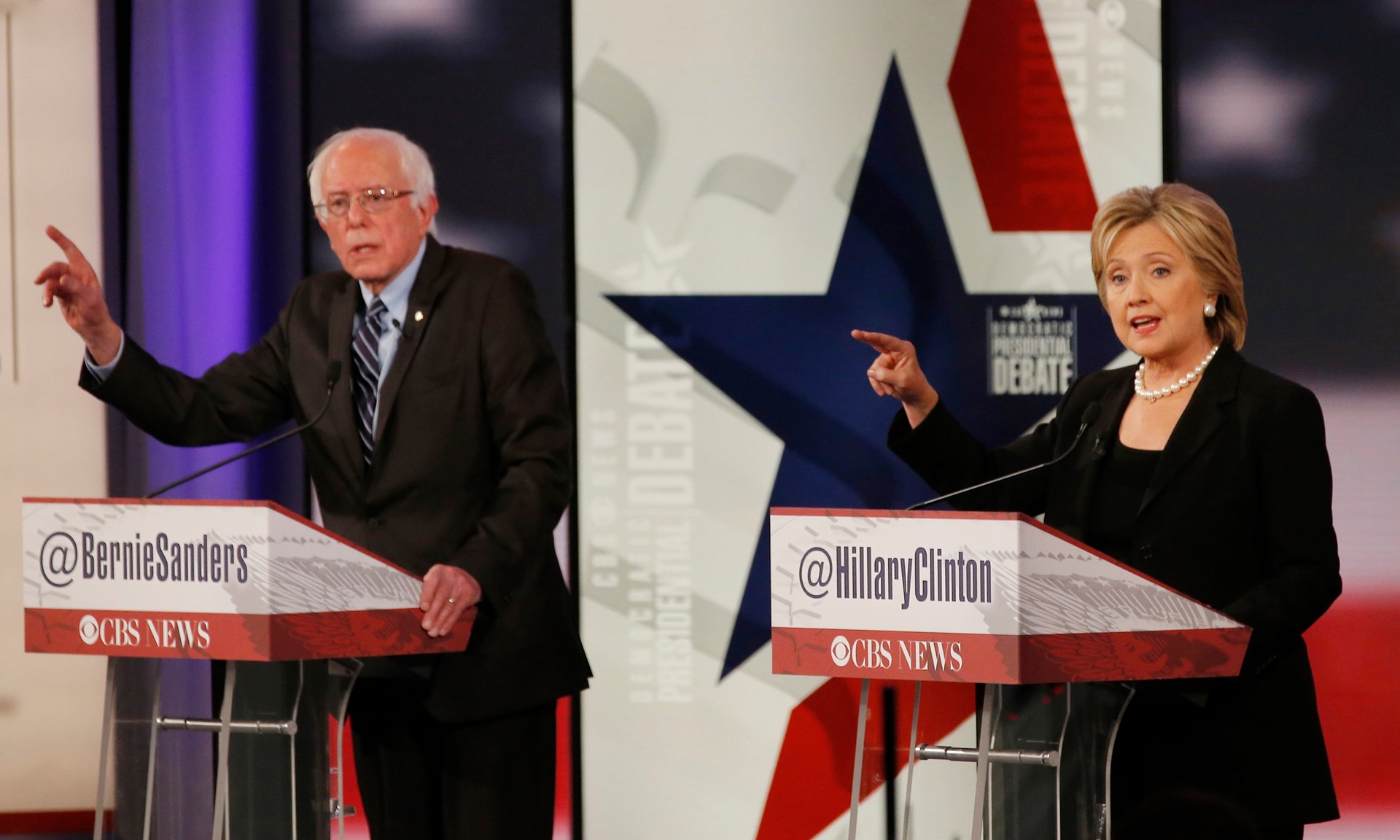 U.S. Presidential candidate Donald Trump continues to grab all the media attention, and Hillary Clinton remains a Wall Street favorite--so why is underdog Democratic Party candidate Bernie Sanders suddenly surging again in the polls? In a Guardian op-ed, Trevor Timm argues that part of the reason is his common-sense, non-hysterical approach to ISIS/ISIL and related Islamist terrorist threats.

He has, to great criticism by beltway pundits, avoided the rest of the candidates’ descent into constant fear-mongering about terrorism and hyping the “threat” from Isis. Instead he has mocked both the media and other candidates for doing so, as BuzzFeed reported last month:

“As a nation and as a people, we have got to understand that our country faces a myriad of very serious problems… if you turn on the TV, what they now say is, ‘Well we’ve got one problem, it’s Isis,” Sanders said, launching into a sarcastic impression of the “they” on television this week.

Clinton, meanwhile, has sounded more like the Republican candidates with her conventional forever war posture, her defense of the disastrous Libya intervention and her calls for an escalation of the war in Syria. Apparently she’s not concerned that she’s running for the nomination from a party who rejected her in 2008 partly because of her support for the Iraq war.

"Bernie Sanders is winning with the one group his rivals can't sway: voters"