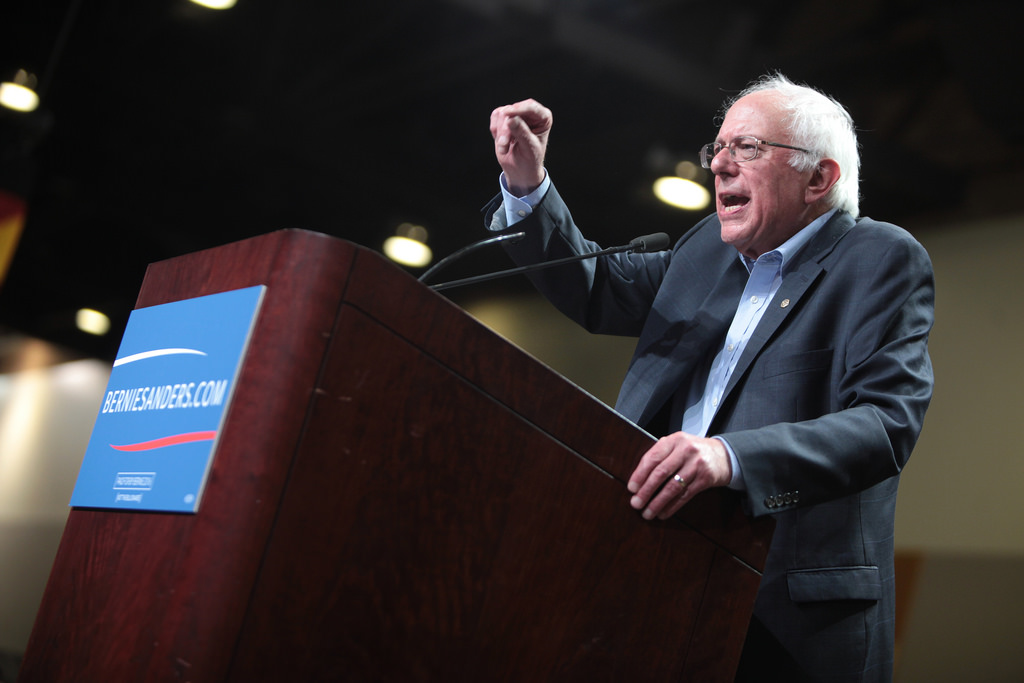 Trevor Timm reads through the latest poll numbers and finds that Bernie Sanders is gaining on Clinton with key Democratic demographics: people under 45; women under 35; African Americans and Hispanics.

Given that so many US electoral races are won by "none of the above" -- voters declining to cast any ballot at all -- the ability to mobilize voters is key to winning elections. Sanders's support among groups with traditionally low turnout is thus exciting, and Timm attributes this to his focus on substantive issues (economic inequality, taxing the wealthy, expanding Medicare and Social Security, criminal justice reform and free post-secondary education) and his unwillingness to switch focus to distracting, distant issues like ISIS.

This emphasis on issues that affect the lives of Americans every day contrasts sharply with all the other would-be candidates -- not just the Republican slate, but also Hillary Clinton.

But Clinton still stands a good chance of winning the nomination, because she is overwhelmingly supported by the Democratic party's power-brokers, the "super-delegates" who control the party convention.

She also has one trump card that Sanders never will, given her establishment ties: a massive advantage in “super delegates”, who make up a large percentage of the delegates who will actually decide the nomination at the Democratic convention this summer but who aren’t beholden to vote the way their state’s primary ended up.

But it’s clear that Sanders is not going to fade away, as many predicted in the fall after it looked like his support was leveling off; he is only getting stronger. Given that most voters don’t even start paying attention until after the Iowa caucus, Democrats would do themselves well by putting the Clinton coronation on hold for now.

Bernie Sanders is winning with the one group his rivals can't sway: voters
[Trevor Timm/Guardian]