Watch an ultra-automated cappuccino maker brew up a latte 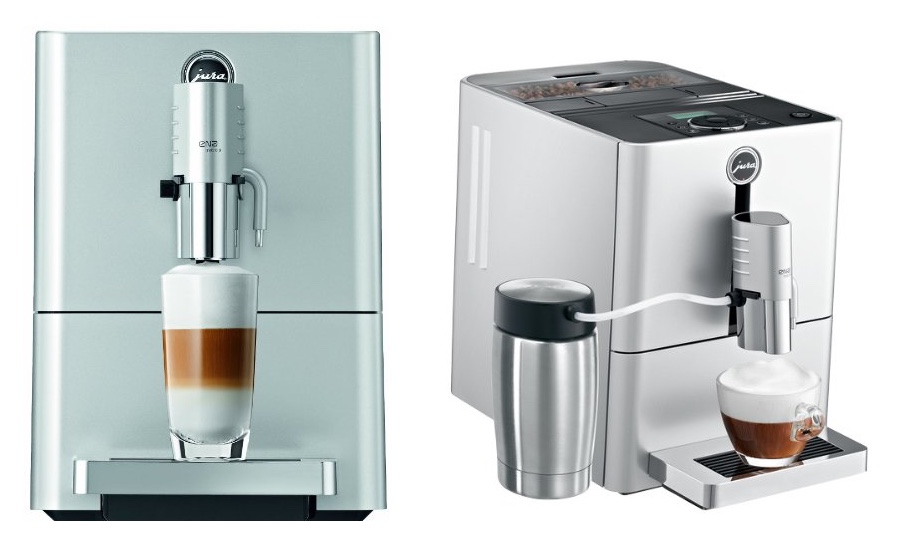 My friend Ian Clarke of Uprizer and Freenet fame recently invested in a Jura Ena Micro 9, a swank, ultra-high-quality espresso machine in which many elements of the brew and milk steam processes are cleverly, thoughtfully automated. Ian was sharing something about how his new purchase was working out for him (he digs it), and I asked him to shoot a video of it so i could share it with our Boing Boing readers. Here it is.

Thanks for shooting that, Ian!

You can read all the marketing and machine specs here, but basically what's so cool about it is that it grinds the exact amount of coffee for you, heats up the water for you at just the right temp, steams the milk from the carton or jug (no hot milk glue to clean off a metal milk frother vessel!), and so on. It just works. Yes, there's no artisan-ship involved in brewing a cappuccino with this thing. But it's also kinda hard to fuck up a cup.

The $1K-ish price tag may be a little rich for my budget today, but I would totally get one, and perhaps will one day. Coffee is one of the great daily pleasures in my life. I don't think it's silly to invest generously in fabulous design, fabulous coffee, or anything else that brings joy to me and those who share tasty warm beverages with me in my home.

Thanks for sharing, Ian! Now I want to invite myself over for a latte.