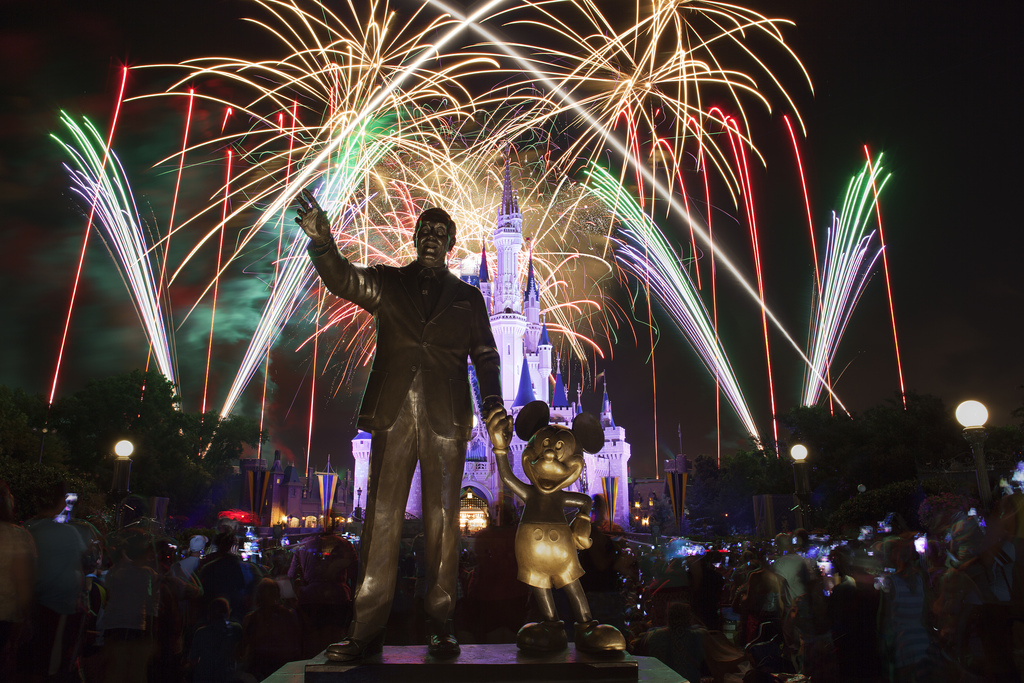 Disney won its war on overflights by planes towing advertising banners in 2003, winning the only no-fly zone over a theme-park in the USA.

The no-fly zone has been hugely contentious among pilots who have to diverge from their flight-paths to avoid Disneyland and Walt Disney World as though they were a military base or the White House. Now, those pilots are enraged that Disney has petitioned the FAA for an exemption to the rule so that it can fly swarms of 50+ effects drones during its fireworks shows.

"It was controversial that [Disney was] able to get those put in place in the first instance," said Enrico Schaefer, a lawyer handling drone litigation at Traverse Legal. "Now for them to come back to ask for the exemption to fly within these areas that are restricted, it just seems like salt in the wounds to a lot of other folks in the aviation community."

Critics say Disney used its lobbying muscle in Washington to block aerial advertisers under the guise of national security concerns after the 9/11 terror attacks. It was a win for Disney, which is no longer troubled with planes towing banners over the Magic Kingdom. Now Cinderella Castle and Tom Sawyer Island have the same kind of protections reserved for the White House and U.S. Capitol.

Disney, which has previously said that air restrictions over large gatherings enhance public safety, declined to comment for this story.