Breakup captured on a fitbit 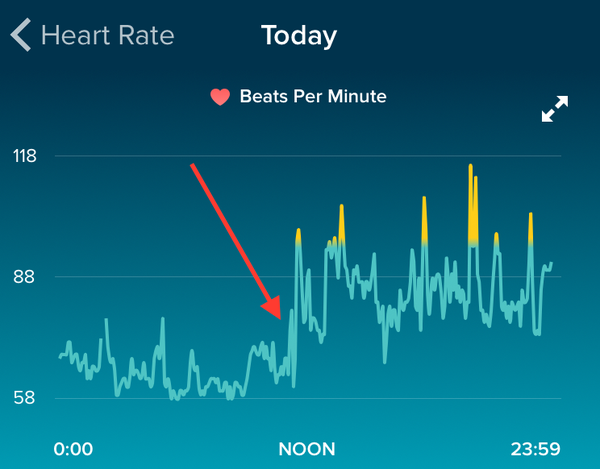 The co-founder and CTO of Guesty, Koby Soto, tweeted this graph of his heart rate when he broke up with his partner. The data was captured on his fitbit.

Breakup, as captured by my fitbit. #breakup #Fitbit pic.twitter.com/S9sLV2TlCC

A couple of days later, Soto followed up with a tweet to let folks know that all was well.

My post being viral is a little scary & embarrassing, yet funny. Thx for all the support and hugs. You are fabulous, and I am very much ok!

In 1986, Puma gave new meaning to the word sneakernet with the introduction of its RS-Computer running shoe that integrated a digital pedometer in the heel that could interface with your Apple IIe or Commodore 64 computer. See vintage video below. Now the RS-Computer is back with contemporary technology. I just wouldn’t recommend wearing them […]

Unified Patents raises money from companies that are the target of patent-trolling and then uses it to challenge the most widely used patents in each of its members’ sectors: now it’s going for the gold.