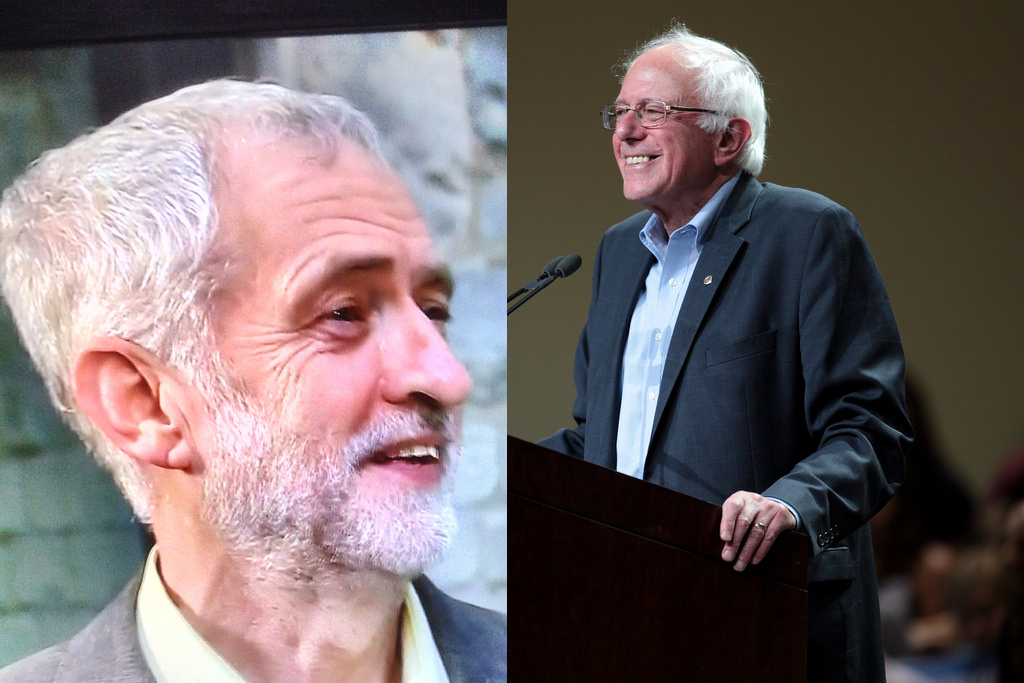 Though UK Labour leader Corbyn is substantially to the left of Sanders, they're both far to the left of their parties' establishments, which are dominated by warmongering, banker-loving, anti-immigrant neolberals who have collaborated in moving the political "center" to the right of, say, Richard Nixon.

Both parties' power-brokers have followed a similar playbook when it comes to discrediting and dismissing the new, popular, principled lefties who've risen to prominence. Glenn Greenwald runs down the seven-point program for neoliberal establishment figures who want to rubbish principled, grassroots success-stories:

4. Smear the candidate and his supporters with innuendos of sexism and racism

5. Brazen invocation of right-wing attacks to marginalize and demonize

6. Issuance of grave and hysterical warnings about the pending apocalypse if the establishment candidate is rejected

People in both parties, and across the political spectrum, are disgusted by the bipartisan D.C. establishment. It’s hardly mysterious why large numbers of adults in the U.S. want to find an alternative to a candidate like Clinton who is drowning both politically and personally in Wall Street money, who seems unable to find a war she dislikes, and whose only political conviction seems to be that anything is justifiably said or done to secure her empowerment — just as it was hardly a mystery why adults in the U.K. were desperate to find an alternative to the craven, war-loving, left-hating Blairites who have enormous amounts of blood stained indelibly on their hands.

But the nature of “establishments” is that they cling desperately to power, and will attack anyone who defies or challenges that power with unrestrained fervor. That’s what we saw in the U.K. with the emergence of Corbyn, and what we’re seeing now with the threat posed by Sanders. It’s not surprising that the attacks in both cases are similar — the dynamic of establishment prerogative is the same — but it’s nonetheless striking how identical is the script used in both cases.