In 1947, Canadian kids went on "strike" to protest candy-bar prices. 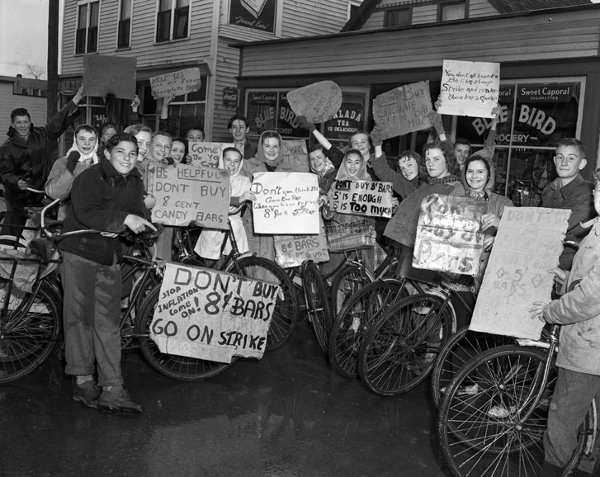 In 1947, the price of a candy bar in British Columbia rose from 5 to 8 cents, and the local teenagers organized a surprisingly effective "strike" that soon spread across the country. In this week's episode of the Futility Closet podcast we'll follow Canada's unlikely "candy bar war," which gripped the nation for 10 days before ending with a surprising twist.

We'll also take a grueling automobile ride across 1903 America and puzzle over the intentions of a masked man.