Out of the Shadow of Aunt Jemima: the real black chefs who taught Americans to cook 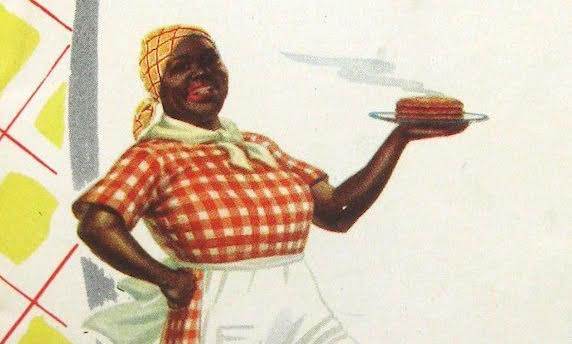 Featuring reviews of more that 160 cookbooks written by African Americans during the 19th and 20th centuries, Toni Tipton-Martin's The Jemima Code is a much-overdue look at at how African Americans really cooked over the last 200 years, as well as how caricatures of African Americans were used to sell white homemakers everything from "Pickaninny Cookies" to pancake mix. Over at Collectors Weekly, Lisa Hix interviewed Tipton-Martin to learn more about this heretofore malnourished chapter in America's culinary history.

Aunt Jemima the Pancake Queen became a national sensation in 1893, thanks to Davis’ ingenuous promotion at the World’s Columbian Exposition in Chicago. The company hired 56-year-old black actress Nancy Green to play Aunt Jemima at the fair. A former slave, Green was eager to leave behind a life of drudgery — as her other career options involved washing dishes or sweeping floors — in favor of the world of entertainment and advertising. With her warm, smiling persona, Green made pancakes, sang songs, and told nostalgic stories about the “good ol’ days” making breakfast for her plantation masters. Her pancakes were believed to be made of love and magic, not culinary artistry or domestic science.

That image of a fat, happy slave — who faithfully nurtures a white family while neglecting her own — lived on for 75 years through the Aunt Jemima Pancake line, purchased by Quaker Oats Company in 1925. Ubiquitous in ads, she promoted easy-to-make variations on pancakes, waffles, and other pastries in promotional recipe pamphlets, and an Aunt Jemima impersonator even received the keys to the city of Albion, Michigan, in 1964.