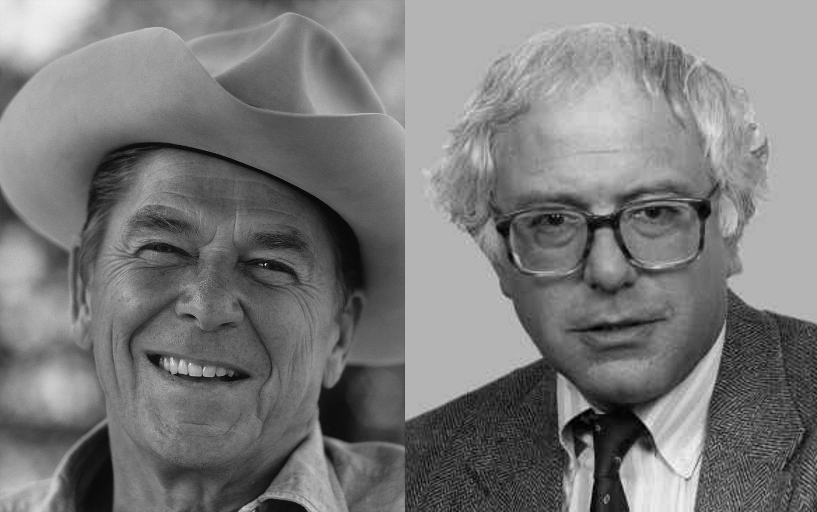 Reagan's combination of charisma and a single, easily articulated political program allowed him to stand in for a shift in the American consciousness.

Sanders, like Reagan, is personally well-liked, has a easily understood political program, and represents a radical departure from a system that many Americans are sick of and sickened by.

So it is that Sen. Bernie Sanders (I-Vt), who is a hedgehog like Reagan, is the only current presidential candidate who could potentially bring Reagan-style transformation if elected. Like Reagan, Sanders has a central vision, with policy ideas that wouldn’t stand a chance of passing in our current Congress. His goal is to bring forth a “political revolution,” just as Reagan did. When Reagan ran for president, he captured the vote of many former Democrats — namely, Reagan Democrats. Today, Sanders wants to recapture their vote. And, like Reagan, the idea of Sanders becoming president was “inconceivable” to the establishment not too long ago. For many, it still is.

The similarities don’t stop there. Reagan was one of the most personally liked presidents in recent history, and Sanders has the best favorability and trustworthy ratings of all the current presidential candidates, Democrat or Republican. He has a stubborn passion that Reagan once brought to the White House, though on the opposite side of the political spectrum. Of course, the fact that Sanders would overtake Reagan as the oldest president-elect in history is purely coincidental.

Bernie Sanders could be the next Ronald Reagan
[Conor Lynch/Salon]