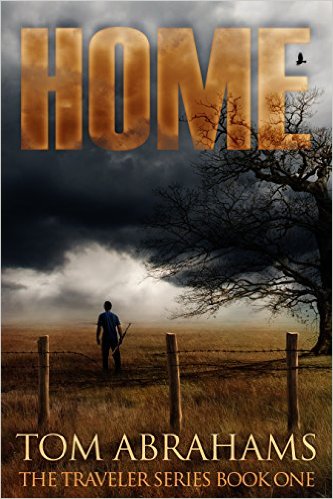 Tom Abrahams' Home introduces us to a prepper nightmare. His vision of life in a post-plague America is worse than I'd imagined.

Former military expert and super prepper Battle has spent the last few years doing nothing but readying his 50 acres, wife and son for the impending doom of society. He has years of supplies, all the guns and ammo you could want, a special mineral rights deal with someone to supply never ending power to his fortress, he thought of every contingency! Sadly, his wife lets a plague ridden neighbor in for some tea.

Battle has to cope with this odd failure, while pretty much kicking the shit out of everything that gets even remotely intrudes on his home. While completely out of his control, Battle is fueled by this failure and sets out to save a stranger's son from an unknown fate. A lot of bullets fly, people get killed.

The action, motivations and organization of post-plague, Cartel run America felt right to me. Bad guys are not so cut and dry bad, unless they are at the very top, and the evolution of post-collapse society painted a scarily realistic picture. I'm looking forward to seeing where Abrahams takes this story next, and if the fallible prepper, Mr. Battle grows.

Home: A Post Apocalyptic/Dystopian Adventure (The Traveler Book 1) via Amazon