The Hike: a new novel by the author of The Postmortal 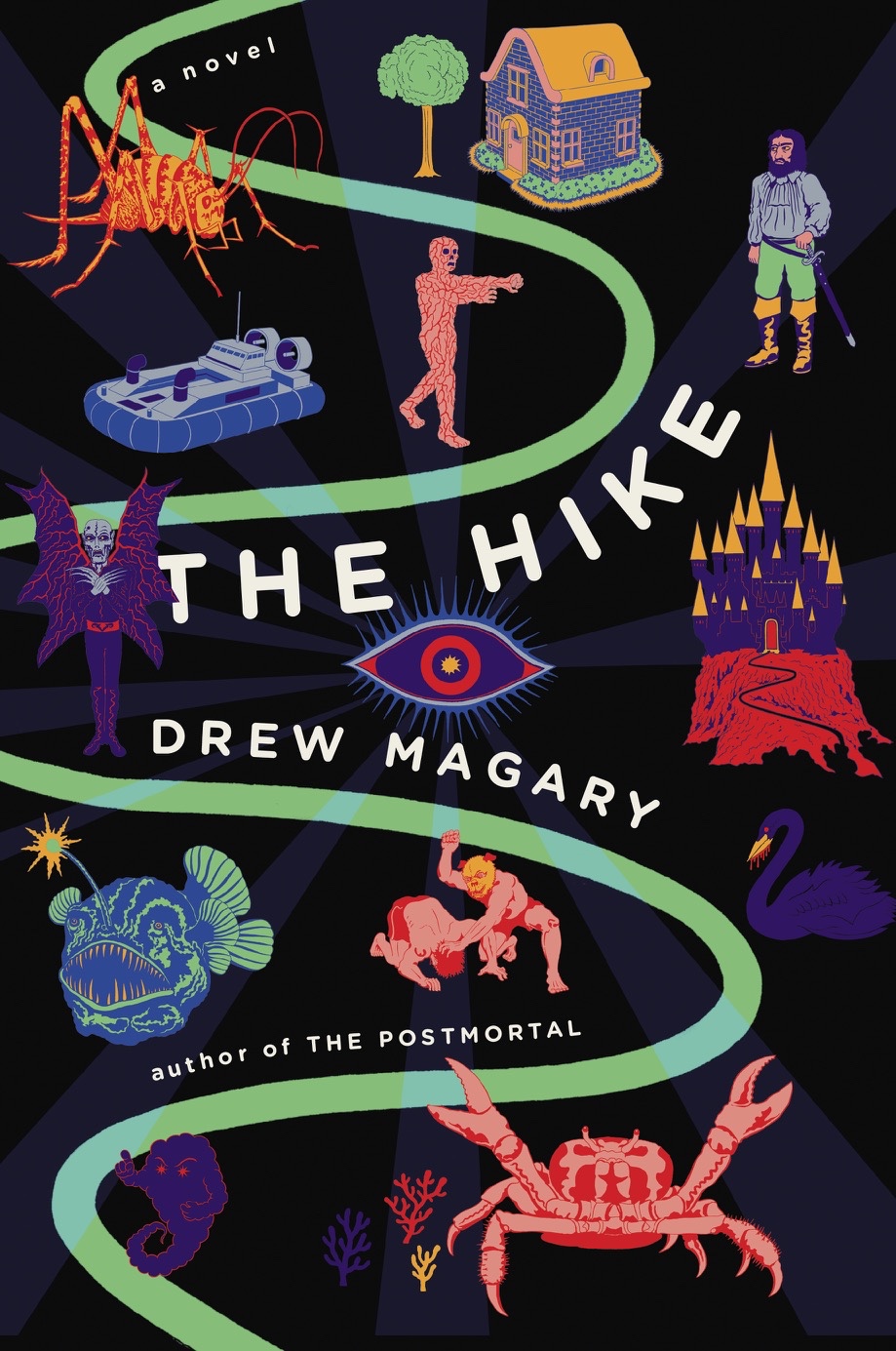 Drew Magary's The Postmortal, a dystopian novel about what happens to the world when someone discovers the cure for aging and almost everyone takes it, was one of my favorite books of 2011 and I still think about it. Here's my review, and here's my podcast interview with Magary.

Magary has a new novel coming out called The Hike. The publisher gave us an exclusive on the cover reveal, and it's a beaut. The illustration is by Will Sweeney, and design and art direction is by Paul Buckley

The Hike is coming out in August.

I asked Drew to share a few words about the book and here's what he said:

Okay, here’s the deal: It’s been five years since the publication of my first novel, The Postmortal. I started a couple of other novels only to have them stall in the middle, which is deeply annoying. And then, about a year ago, I went to give this speech in East Stroudsburg, PA, in the Poconos. I decided to go out for a hike before the speech, and that little hike, along with my affinity for old King’s Quest PC games and folk tale collections from Ruth Manning-Sanders is what ended up inspiring this novel and the bitchin’ cover you see here. I can’t tell you any more than that right now, or it’ll kill me.

When Ben, a suburban family man, takes a business trip to rural Pennsylvania, he decides to spend the afternoon before his dinner meeting on a short hike. Once he sets out into the woods behind his hotel, he quickly comes to realize that the path he has chosen cannot be given up easily. With no choice but to move forward, Ben finds himself falling deeper and deeper into a world of man-eating giants, bizarre demons, and colossal insects.

On a quest of epic, life-or-death proportions, Ben finds help comes in some of the most unexpected forms, including a profane crustacean and a variety of magical objects, tools, and potions. Desperate to return to his family, Ben is determined to track down the “Producer,” the creator of the world in which he is being held hostage and the only one who can free him from the path.

At once bitingly funny and emotionally absorbing, Magary’s novel is a remarkably unique addition to the contemporary fantasy genre, one that draws as easily from the world of classic folk tales as it does from video games. In The Hike, Magary takes readers on a daring odyssey away from our day-to-day grind and transports them into an enthralling world propelled by heart, imagination, and survival.

Check out the cool animated gif of the cover: