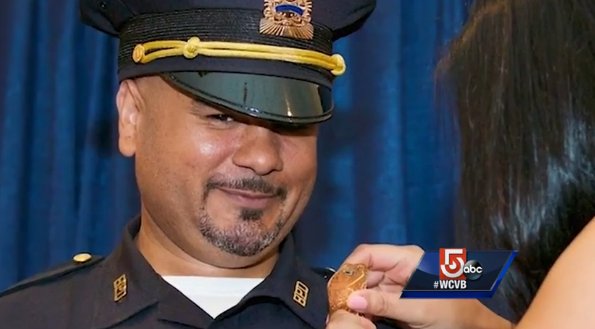 Boston Police Sergeant Edwin Guzman's lawyer says that it's not really a big deal that he sent a photo of his penis to the sixteen-year-old daughter of a friend, because "You can’t tell me someone her age has never seen a picture of a penis on the Internet."

The Sergeant is charged with "annoying and accosting a person of the opposite sex" and "disseminating harmful material to a minor," which carry a maximum penalty of six months in jail and a $200 fine.

Afterward, his lawyer, Kenneth Anderson, said there are discussions with prosecutors to resolve  the case.

“I really can’t go into detail given the nature of things. They’re serious charges,” Anderson said.

But he disputed the charges that Guzman sent a 16-year-old girl harmful pictures and said even if the allegation were true, he doesn’t believe the material would have been that shocking.

“You can’t tell me someone her age has never seen a picture of a penis on the Internet,” Anderson said.

BPD sergeant may plead guilty, job on the line
[WCVB]