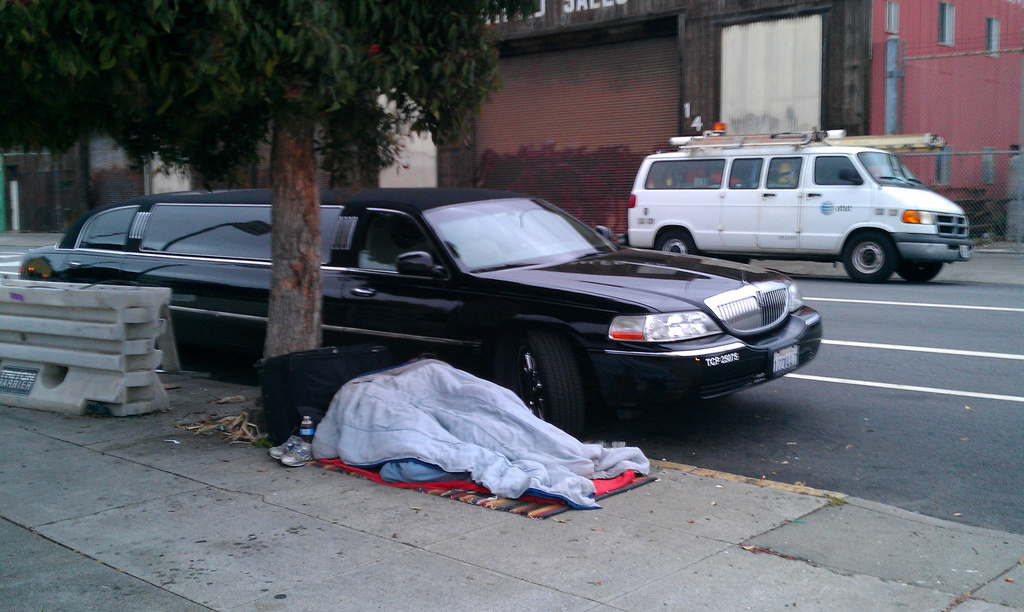 It's a universal, dismal truism that all major sports events are ripoffs that transfer money from cities to the pockets of corrupt sporting leagues and bodies, but even by those standards, San Francisco's impending Super Bowl is particularly terrible.

JWZ has rounded up a set of articles that plumb the depraved depths of the Super Bowl 2016 screwjob:

* San Francisco has already spent $5.3M on the Super Bowl and the costs are mounting

* But a lot of those costs will never show up on San Francisco's books, because city employees are being asked to "volunteer" for the Super Bowl while remaining on the clock, billing those hours to the city

The @sfmta_muni is installing "traffic" cams for the Super Bowl in areas closed to traffic… #SuperBowlSurveillance pic.twitter.com/jGVCwKYre8

Why is @sfmta_muni putting up "traffic" cameras in locations where there will be no cars? #SuperBowlSurveillance pic.twitter.com/lGY4F1wzDM

* Meanwhile, the city is carpet bombing the streets with "traffic cameras", with a focus on streets where no traffic will be allowed

* San Francisco's massive, desperate homeless population are an unsightly embarrassment, so Rep Scott Wiener has asked the city to steal their tents

* Why are the homeless people in tents? Because they're being brutalized by El Nino and abandoned to the streets due to inadequate, mismanaged shelters -- without those tents, San Francisco will be even more at risk of become ground-zero for a bunch of terrible infectious disease epidemics

* What is to be done? Occupy the Super Bowl!

Mayor Ed Lee told the homeless they “have to leave” for the Super Bowl.

Our response: “Hey Mayor Ed Lee, No Penalties for Poverty”
We, the people of San Francisco, demand that Super Bowl City and Ed Lee pay and invest $5 million right now in housing – we could house 500 people immediately with that money.

We also demand the use of publicly-owned assets, such as the empty Pier 29 or 80, or the land under the Freeway at 101/Cesar Chavez, and create monitored programs that support secure sleep, hygienic toileting, and access to transition/healing services.

Come out in your red & gold Niners colors to #TackleHomelessness. Join the Coalition on Homelessness as we protest the mayor’s unjust plan and demand immediate housing for our city’s unhoused residents.