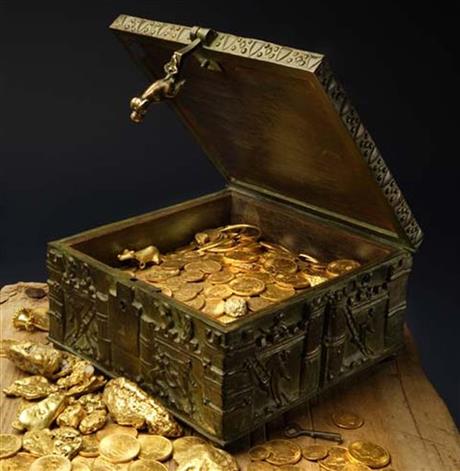 When Forrest Fenn, a retired antiquities dealer, hid $2m worth of gold, jewels and artifacts in the Rockies and teased the location of the treasure with cryptic clues in his self-published memoir The Thrill of the Chase, he'd hoped to inspire readers "to get the kids off the couch and away from the game machine."

Now he's paying for search-and-rescue helicopters and planes to fly over the northern Rio Grande, looking for Randy Bilyeu, a 54-year-old grandfather who's been a full-time "Fenner" for two years, having moved to Colorado to pursue Fenn's treasure. Bilyeu has been missing in the freezing, remote terrain for two weeks.

No matter what Bilyeu's fate, Fenn has vowed to keep the search going: "There have been too many people looking. It would not be fair to them if we shut the thing down."

Family and friends say he bought a raft and set out on Jan. 5 after scouting for two weeks along the river west of Santa Fe. He had a GPS device, a wetsuit and waders, and brought along his little white dog, Leo.

More than a week passed before a worried friend reached out to his ex-wife in Florida, Linda Bilyeu, who filed a missing person's report on Jan. 14. His raft and dog were found the next day.

Bilyeu left maps with markings in his car that fellow treasure hunters are using to narrow their search. He also left a sandwich, suggesting that he hadn't planned to be gone long.

The New Mexico Search and Rescue team and state police scanned canyons and mesas along the river by air and on foot, even bringing in dogs to sniff for clues, but suspended their efforts after several days.

books / gold / what's the worst that can happen?