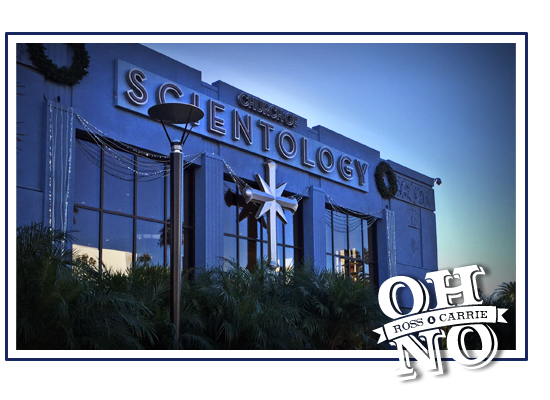 One of my favorite podcasts is Oh No Ross and Carrie, in which two investigative journalists join cults and fringe religions, and try out new age remedies and practices, and report back on the experience.

In the show's five-year run, they've been baptized Mormon and Raelian (!), had their colons irrigated and their bodies sound-bathed and undertaken many other experiences.

But since the first show, their fans have begged them to investigate Scientology, an organization with a reputation for paranoia and vicious retaliation against its critics -- not to mention high-priced initiation "classes."

Finally, after five years, Ross and Carrie have screwed their courage to the sticking point and become Scientologists. They've just posted the first installment (MP3) of a multi-part series running down their experiences with the church and it's a doozy. It's a great place to jump into Ross and Carrie's deep, long-running corpus of investigative work; while you're waiting for the rest of the Scientology pieces to run, you can explore their back-catalog

Ross and Carrie stop by “Big Blue”, Scientology’s L.A. Ideal Org. They come for the free personality test, but stay for two additional tests and a sales pitch. Do they sign up for classes? Does Carrie need to fix her relationship before it’s broken? Is Ross 100% American? Find out in the first part of the investigation you’ve all been waiting for.