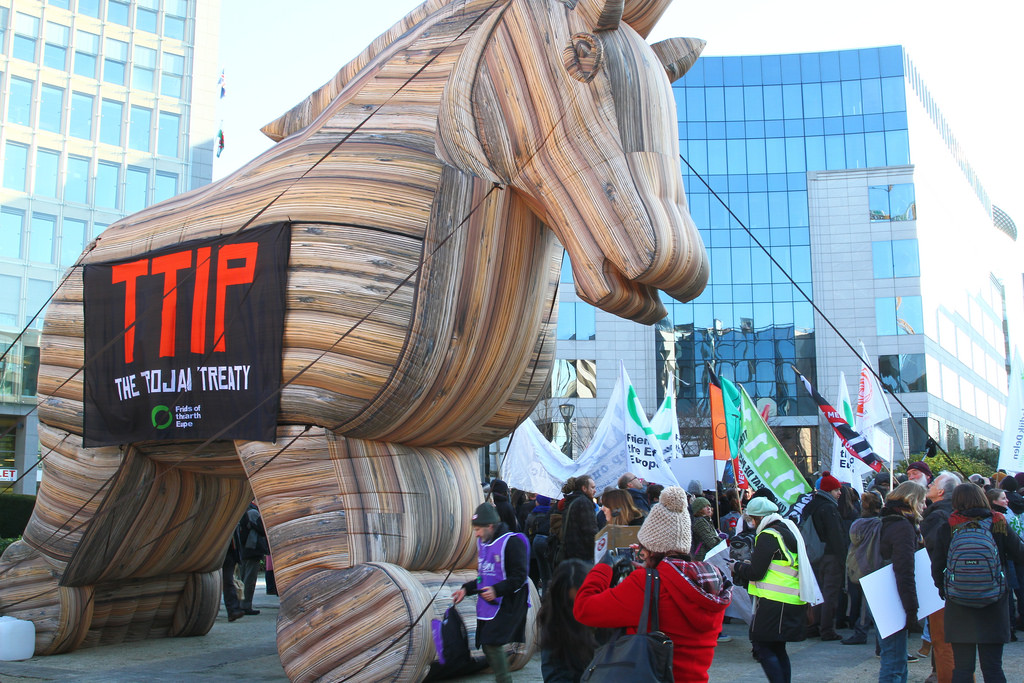 Trade agreements like TPP and the US-EU TTIP are notorious for their Investor State Dispute Settlement (ISDS) clauses, which let corporations sue governments in secret proceedings, in order to force them to get rid of environmental, safety and labor laws that reduce profits.

In a bid to save TTIP, the European Commission has rebranded them as "Investor Court Systems" that are functionally equivalent to ISDSs.

The German Magistrates Association ("the largest professional organization of judges and public prosecutors in Germany") has published an "Opinion on the establishment of an investment tribunal in TTIP - the proposal from the European Commission" that condemns the whole idea of ISDSes, saying that it lacks a "legal basis" and that there's no evidence that it is needed -- and worse, ISDS tribunals don't "meet the international requirements for the independence of courts."

This attack from a very unexpected quarter is a really devastating blow for the ICS idea. It will be hard for Malmström to claim with a straight face that, unlike the current corporate sovereignty system, ICS is a real court, with all the protections that ISDS lacks, because a large number of EU experts in this area have just stated unequivocally that it isn't. The judges' opinion makes it even more likely that the US will reject the ICS idea out of hand, not least because it can now simply point to the German Magistrates Association's analysis as proof that ICS doesn't do what Malmström says it does.

That leaves the really interesting question: where does the EU's Trade Commissioner go from here? She can hardly return to the old-style ISDS for TAFTA/TTIP, since she has been busy rubbishing it in order to promote her new ICS idea. Moreover, this latest rejection comes at just the wrong time, since it is widely expected that corporate sovereignty will be one of the main items on the agenda for the next round of TAFTA/TTIP negotiations. Awkward.

Opinion on the establishment of an investment tribunal in TTIP
[Bilaterals.org]