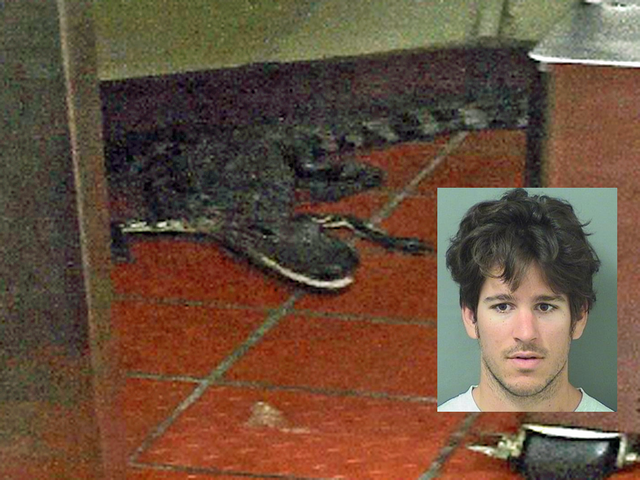 The incident, in Loxahatchee, Fla., happened in October last year, but it took U.S. Marshals several months to track him down. James was taken into custody early February, 2016. His mom says he's a harmless prankster.