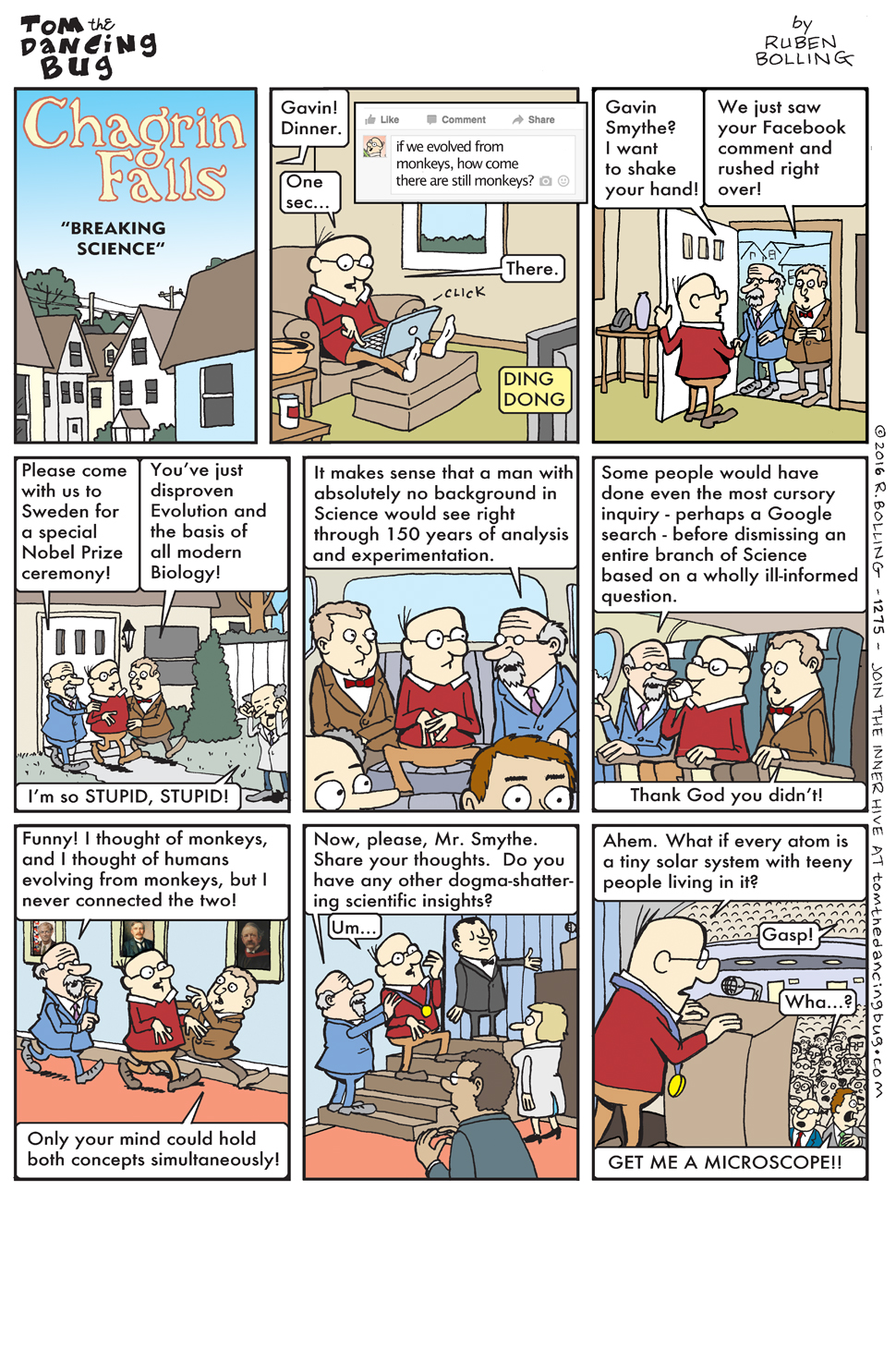 Tom the Dancing Bug, IN WHICH Gavin Smythe, of Chagrin Falls, USA, has an incredible insight that Breaks Science.