People of Colour Destroy Science Fiction: a podcast with Nalo Hopkinson and friends 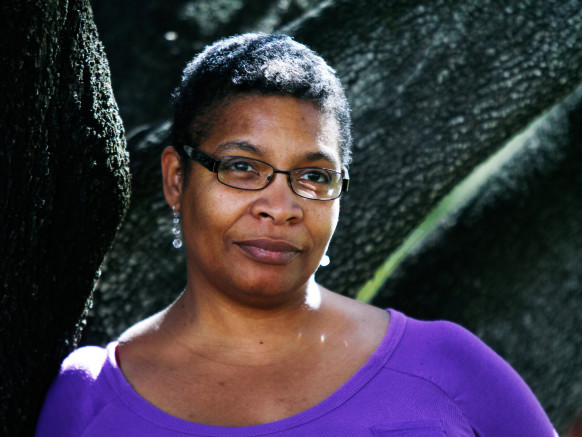 Hopkinson's 1998 debut Brown Girl in the Ring established her as a major new talent to watch, and every one of her novels since, right up to the Norton-award-winning Sister Mine has been a significant addition to the canon. I've known her since we were both teenagers working in the same suburban Toronto public library, and she is one of the smartest, most interesting writers I know.

Nalo appears alongside Nisi Shawl (co-author of the indispensable Writing the Other) and Sunil Patel on the Geek's Guide to the Galaxy podcast (MP3), discussing the Kickstarter for PEOPLE OF COLO(U)R DESTROY SCIENCE FICTION!
from Lightspeed Magazine -- it does not disappoint:

“I said something about the lack of representation a few weeks ago, talking to CBC Radio, and someone who’s a friend was on a listserve where people were being angry about my even daring to say that, and someone said that I had clearly never heard of Samuel R. Delany. … He’s my teacher and he’s my friend, and I can count higher than one. There’s still a problem. … So it’s little things like that, and it’s the bigger systemic things that are difficult to prove. You know what they smell like, but you can’t ever nail it down, because no one’s ever going to tell you that that’s what’s going on. So it creates this atmosphere where—as people of color—we’re suspicious. We just are, and we have very, very good reason to be. And telling us that we’re insane, well, we’re used to that. We’re not.”