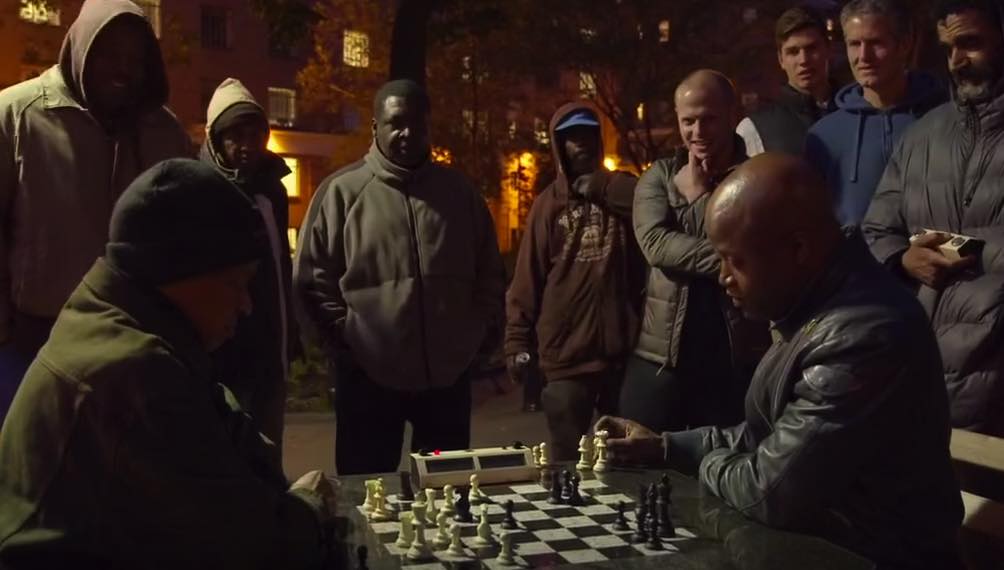 The most entertaining chess match you'll watch all year: Grandmaster Maurice Ashley, with the black pieces, takes on a trash-talking, fast-fingered hustler. [via]