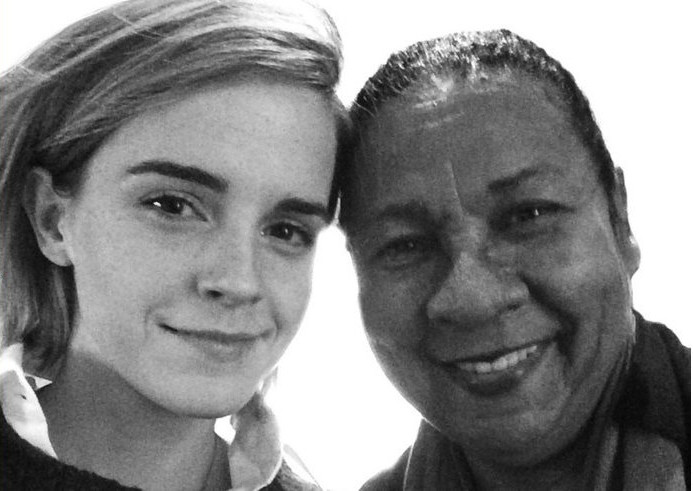 Paper Magazine's "Girl Crush" series pairs notable women for fascinating conversations, which they transcribe and publish. The series is spectacular, and this interview, between author/feminist/activist bell hooks and actor/feminist/activist Emma Watson, is the best yet.

hooks: Emma, you are such a perfect ambassador. You have such a global presence. When you are speaking out to a global audience, you have to start where that world is. That means, at times, starting with things that are basic. That's how I perceived your UN speech. This is a shout out to females and males all over the world. It's like when you go to a foreign country and you're trying to communicate, we often use more simple ways of saying something, of bridging that gap of language and culture. So tell me more about your campaign, HeForShe, and what you are hoping to do with your ambassador position in 2016?

Watson: In Feminism is for Everybody, you write about the ways that feminism almost got hijacked a little bit by academics and by gender studies and by only being talked about by this specific group of people. It can and should be academic, and that kind of thinking is so important, but you talk about how it has to be a mass movement to make a big difference. I don't want to preach to the choir. I want to try to talk to people who might not encounter feminism and talk to them about feminism. It's a really interesting job, and it's a really interesting line to tread. I want to engage in the topic with people who wouldn't normally.