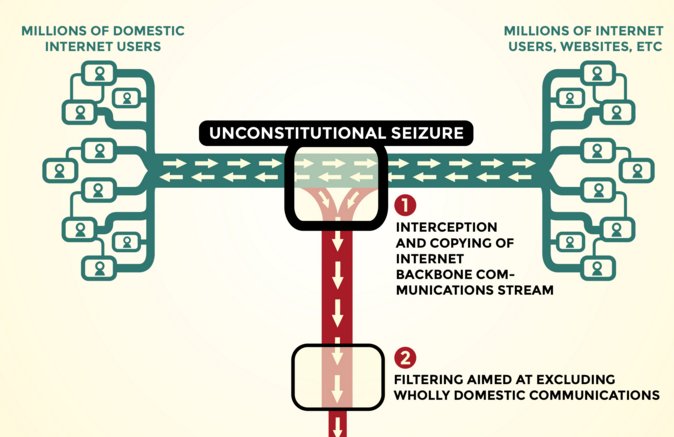 In 2005, a former AT&T engineer named Mark Klein walked into the Electronic Frontier Foundation's offices and revealed that he had helped the phone company build a secret NSA surveillance outpost at the Folsom Street switching station, through which AT&T was helping the US government conduct mass, warrantless, domestic surveillance.

EFF has been in court with the US government ever since, fighting round after round of attempts by DoJ lawyers to get the case thrown out, usually on the basis that since all the evidence of NSA wrongdoing was secret, EFF couldn't proceed. The Snowden revelations helped some, but it's been touch and go for more than a decade.

Now, Judge Jeffrey White has ruled in Jewel, a case that's been underway since 2008, and given EFF leave to conduct discovery on the NSA, forcing the agency to produce documents that will answer key questions about their program of mass domestic spying.

This marks the first time a party has been allowed to gather factual evidence from the NSA in a case involving the agency’s warrantless surveillance. The government had fought all our requests to proceed with this lawsuit, arguing that the state secrets privilege protects it against both discovery and liability. Judge White previously rejected that argument for our statutory claims under the Wiretap Act, the Foreign Intelligence Surveillance Act, the Electronic Communications Privacy Act, and the Stored Communications Act. This ruling affirms Judge White’s previous decision and opens the door for discovery.

This is an important step forward to lifting the cloak of secrecy that has thus far shielded the NSA from judicial scrutiny, and EFF looks forward to finally getting to the nuts and bolts of this extraordinarily important lawsuit.