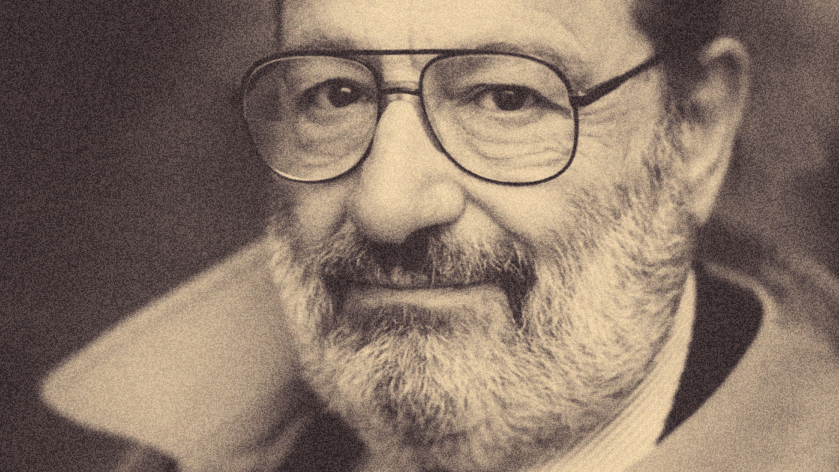 Umberto Eco, the Italian philosopher, writer and semiotics professor, is dead at 84, reports the BBC.

Eco is most famous as the author of elaborate historical novels such as The Name of the Rose and Foucault's Pendulum, but my favorite is his book of shorts, Misreadings.

From it, here is his summary of the Bible, presented as an internal memo at a publishing house written by an editor rejecting the manuscript.

I must say that the first few hundred pages of this manuscript really hooked me. Action-packed, they have everything today's reader wants in a good story. Sex (lots of it, including adultery, sodomy, incest), also murder, war, massacres, and so on.

The Sodom and Gomorrah chapter, with the tranvestites putting the make on the angels, is worthy of Rabelais; the Noah stories are pure Jules Verne; the escape from Egypt cries out to be turned into a major motion picture . . . In other words, a real blockbuster, very well structured, with plenty of twists, full of invention, with just the right amount of piety, and never lapsing into tragedy.

But as I kept on reading, I realized that this is actually an anthology, involving several writers, with many--too many--stretches of poetry, and passages that are downright mawkish and boring, and jeremiads that make no sense.

The end result is a monster omnibus. It seems to have something for everybody, but ends up appealing to nobody. And acquiring the rights from all these different authors will mean big headaches, unless the editor takes care of that himself. The editor's name, by the way, doesn't appear anywhere on the manuscript, not even in the table of contents. Is there some reason for keeping his identity a secret?

I'd suggest trying to get the rights only to the first five chapters. We're on sure ground there. Also come up with a better title. How about The Red Sea Desperadoes?