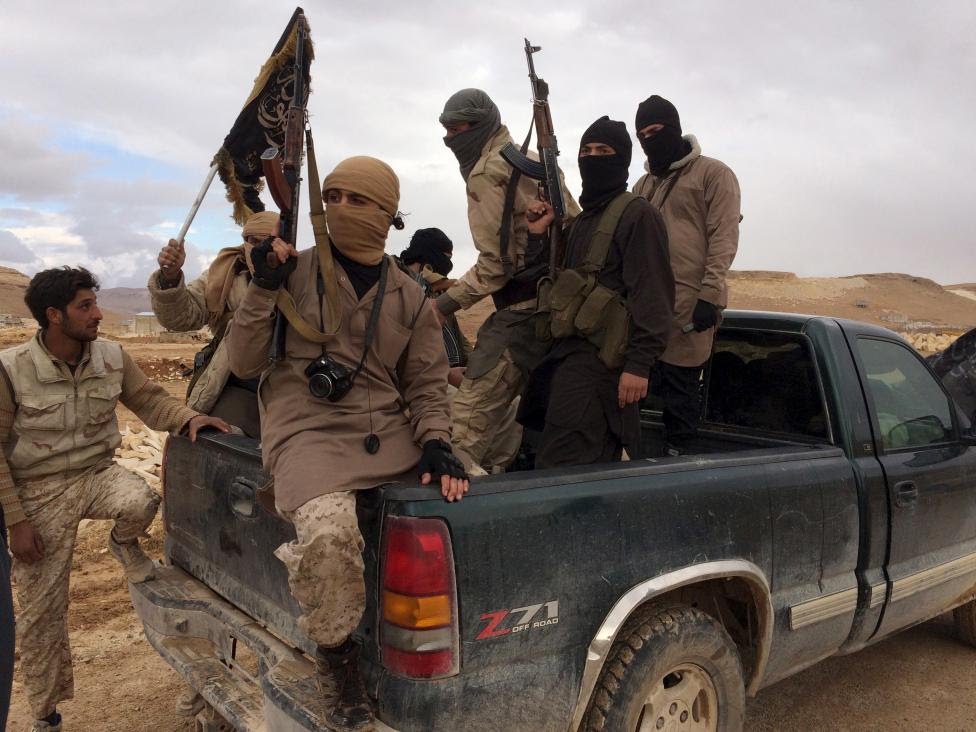 For 13 years, Iraq's post-Saddam elites have run amok, looting the country's riches while creating a pervasive culture of corruption that spreads all the way down -- only the continuous injection of new money from the country's oil-fields kept the whole thing from collapsing.

When oil prices fell, the country was left with the same level of extractive corruption, but not enough new money coming in to keep things rolling. Now the cookie jar is empty and the country is in chaos. Official corruption has meant that much of the country's armed forces was composed of "ghost soldiers" -- either real people who never showed up for work and split their wages with their commanding officers, or works of pure fiction whose paychecks went straight into their commander's pockets. All those breathtaking ISiS victories? Victories over ghost soldiers: bases staffed by accounting fictions, rather than armed defenders. But of course, they were full of real guns.

Hoshyar Zebari estimates that there as many as 30,000 ghost soldiers in Iraq’s military and that corrupt officers are pocketing their salaries. The impact is even more significant than the bottom line. The fall of Mosul, Iraq’s second city, in mid-2014 was in part blamed on there being far fewer soldiers in position to defend the city than there were on the books. Generals and other senior officers accused of running the scam have yet to be brought to account.

“They were protected,” said Jabouri. “We only go after the easy targets here. Recently a Christian businessman was jailed for two years for stealing $200,000 to build his house. That is nothing. It doesn’t even register as a crime compared [with] what else is going on.”

“We have paid out $1bn for war planes that never arrived. In Tikrit there have been budgets paid for courthouses that have never been built. It is the same with road projects all over the country, the port at Umm Qasr near Basra. If I had 50 staff to help me, we could barely scratch the surface.

“The problems here are social as much as everything. You are seen as weak if you don’t steal. Everyone wants to claim power, because they know that nobody else is going to share power with them.”

Post-war Iraq: 'Everybody is corrupt, from top to bottom. Including me'
[Martin Chulov/The Guardian]