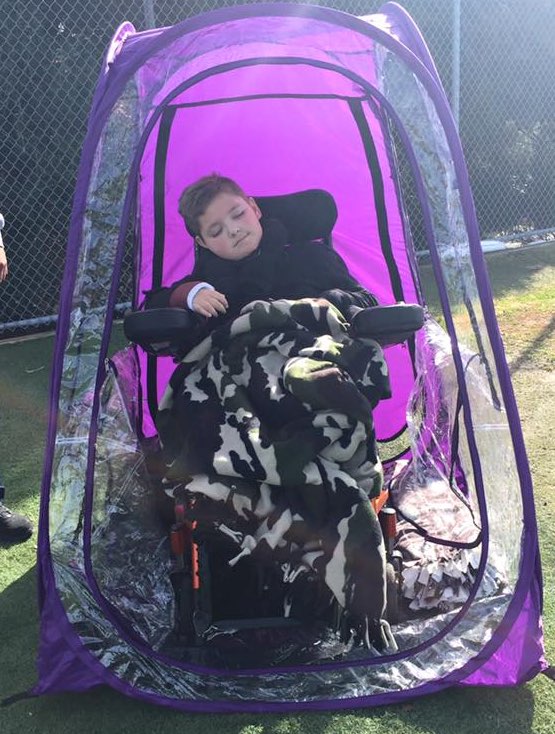 Under The Weather is a single-person pop-up shelter to sit inside that my big brother Rick came up with a while back. (He was sick of getting soaked at his kids' soccer games and was inspired by a portable toilet he saw by the field.) Under The Weather is designed for spectator sports, fishing, and other outdoor events where it's raining, windy, or cold, but you are either obligated to watch or having so much fun you don't want to leave. Rick used his personal savings to have a bunch of the tents made and they mostly just sat in a warehouse until last year when videos and photos of the thing somehow went viral. Now this curious contraption is selling like crazy. I'm proud of him!

In the last few months, Rick received a bunch of requests for a version of Under The Weather that a wheelchair or stroller could roll right into. (The standard Under The Weather tent has a lip on the bottom of the door that makes this difficult.) So Rick designed a new model, the Accessipod, in which the entire back of the tent opens up for easy access. Check out the videos below!


You can buy all the tent models directly from him here: Under the Weather